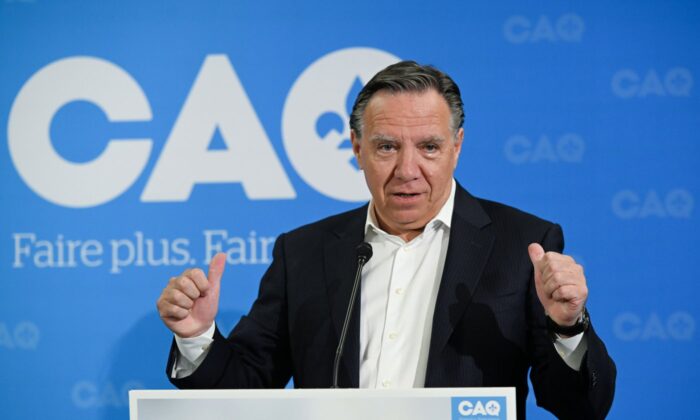 Quebec’s governing Coalition Avenir Québec party has raised more than $928,500 so far in 2022, nearly $300,000 more than its nearest rival, the Parti Québécois.

According to the most recent Élections Québec data, the Liberal Party of Quebec—currently polling in second place—has raised slightly more than $323,520, the lowest amount among the province’s five main parties.

Québec solidaire and the Conservative Party of Quebec have both raised more than $500,000.

The data shows that the Conservative party had the most donors, with more than 9,000 people contributing to the party so far this year.

Quebec’s strict election financing laws ban corporations and unions from donating to political parties and cap donations by individuals at $100 per party, per year. An additional $100 donation is allowed during election years.

Quebec Premier François Legault has said he plans to officially launch the election campaign on Sunday, with the vote scheduled for Oct. 3.

As the legislature broke for the summer, Legault’s party had 76 seats, while the Quebec Liberals had 27, Québec solidaire had 10 and the Parti Québécois had seven. The Conservative Party of Quebec held one seat and there were four Independents.