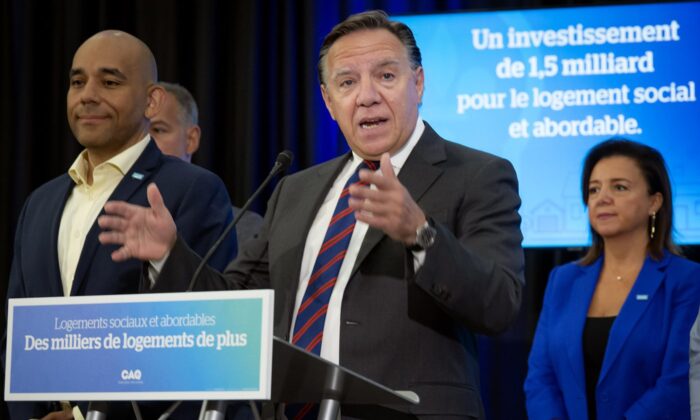 Legault made the announcement Tuesday in a 26-second video uploaded to social media. He said the campaign will officially begin Aug. 28 and continue right up to voting day on Oct. 3.

“I want, of course, to wish a good campaign to all the candidates,” Legault said in the video, adding, “Aug. 28, it starts for real!”

Polls suggest Legault’s Coalition Avenir Québec party holds a commanding lead heading into the campaign, and the party is widely expected to cruise to a second majority. A Léger poll published earlier this month found support for Legault’s party at 44 percent, compared to 18 percent for the second-place Quebec Liberals. Québec solidaire and the Conservative Party of Quebec polled at 15 percent and 13 percent, respectively.

While the official first day of the campaign has yet to begin, all the major party leaders have already been naming candidates and making election promises in recent weeks.

On Tuesday, Legault announced he would create a $650-million fund to ensure the health of the province’s lakes and rivers if the party is re-elected. Liberal Leader Dominique Anglade, meanwhile, committed to ensuring that each Quebecer would have a family doctor under her leadership.

The once-mighty Parti Québécois, which is struggling near the bottom of the polls, has promised affordable public transit, while the Conservatives under leader Éric Duhaime have already held an official campaign launch. Left-leaning Québec solidaire, which made a breakthrough in the 2018 election by winning its first seats outside the Island of Montreal, has promised new funding for parents who can’t find daycare spots.

Québec solidaire responded to Legault’s video on Tuesday with a Twitter message of its own, promising to carry out the “biggest campaign in its history.”

Despite the parties’ early start, the official campaign date remains important because it is from that moment that expenses are tracked and regulated according to rules set out in the Election Act.

As the legislature broke for the summer, Legault’s party had 76 seats, while the Quebec Liberals had 27, Québec solidaire had 10 and the Parti Québécois had seven. The Conservative Party of Quebec held one seat and there were four Independents.