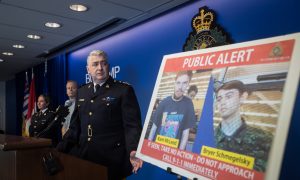 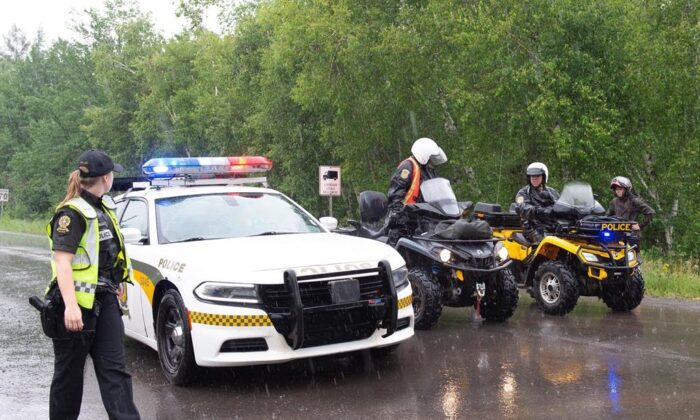 ST-APOLLINAIRE, Que.—Quebec police have searched for seven days and have failed to locate the father of the two girls found dead over the weekend in a rural area southwest of Quebec City.

Investigators say they consider Martin Carpentier, 44, the key to understanding what happened to sisters Norah and Romy Carpentier, who were the subject of an Amber Alert last week before their bodies were discovered.

As the operation stretched into its seventh day Wednesday, Quebec provincial police scaled back their communications effort surrounding the manhunt. Late Tuesday, they took to social media to say they would no longer provide updates unless there was new information.

Earlier this week, Sgt. Anne Mathieu told The Canadian Press the search would continue as long as they had evidence to guide it.

“The day we won’t have any further elements, then probably it will be the time to suspend what is going on here, but as long as we have the elements to pursue, we will be there,” Mathieu said.

The search has been concentrated on a 50-square-kilometre area around the Quebec City suburb of St-Apollinaire, where the bodies of Norah and Romy Carpentier, aged 11 and 6, were located Saturday.

Police have said the girls and their father were believed to have been in a serious car crash on Highway 20 in St-Apollinaire one week ago, but there was nobody inside the vehicle when they arrived on scene.

An Amber Alert was launched Thursday but lifted two days later when the girls were found dead.

Provincial police said they found “pertinent elements” in the search area Sunday but as of Tuesday, they said it’s unclear whether the suspect is alive or dead.

Autopsies were performed on the two girls, but police have declined to reveal the cause of death as long as Carpentier isn’t found.

A funeral will be held for the sisters next Monday afternoon in Levis, Que., the girls’ hometown.

On Wednesday, police combed the park where a memorial had been set up for the sisters following a tip about a sighting that proved unfounded.