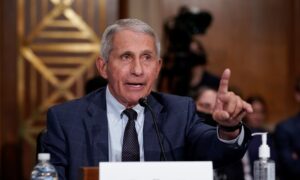 They were gathered outside the Murrieta border patrol station about 80 miles southeast of LA. The buses were carrying mostly families and children who were flown into San Diego from overcrowded facilities in Texas.

This was the first flight in the federal governments plan to deal with the influx of undocumented children and families crossing the border, mostly from Central America.

Over 52,000 unaccompanied minors have been detained after crossing the U.S.–Mexico border since October, mostly into Texas, according to federal records.

On Monday, President Barack Obama called it a “humanitarian crisis” and vowed to act without Congress to fix America’s immigration system. Republicans controlling the House have refused to vote on an immigration bill that passed in the Senate, blocking reform of immigration laws.

Amid the standoff, local police were unable to keep the protesters from blocking the road. The buses were forced to turn around and head to a Border Patrol station in San Diego County.

A day earlier, the Mayor of Murrieta, Alan Long, had urged residents to protest the transfer, saying the U.S. government needed to enforce its immigration laws.

Ronald Zermeno, a Border Patrol agent and union representative, said the Murrieta station is not a detention center and was not designed to hold people overnight.

“We don’t have the facilities to handle that,” he said. “We have no showers, we have no laundry services here. We have very little medical care here.”

Diana Serafin , who helped organize Tuesday’s protest against the transfer, said immigration officials expected the immigrants to sleep on the floor.

“They would be eating their food next to the toilet in the cell. This is inhumane,” she said.

Her concerns were not totally for the immigrants, however. She also said she was worried about foreign diseases that would be brought into the town with so many foreigners arriving.

Another transfer of immigrants that entered the country illegally to Murrieta is expected on Friday. A town hall meeting on the issue was planned for Wednesday evening at Murrieta Mesa High School.