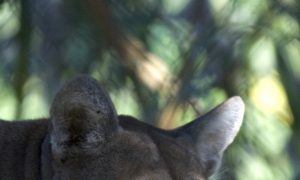 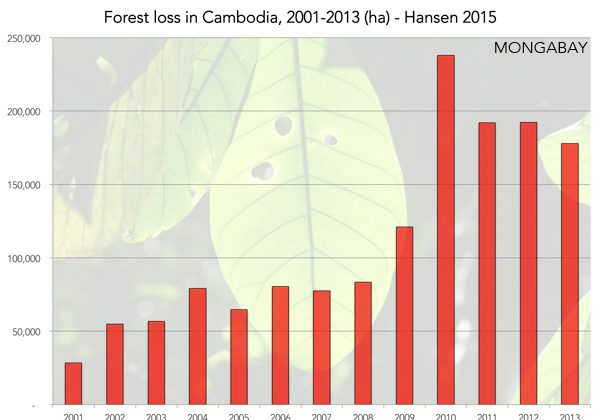 A group of scientists have expressed ‘strong concerns’ about mounting threats to wilderness and wildlife in Cambodia.

In a resolution issued at the conclusion of their annual gathering in Phnom Penh, the Asia-Pacific Chapter of the Association for Tropical Biology and Conservation (ATBC) urged the Cambodian government to carefully evaluate the impacts of a proposed road in Eastern Cambodia.

“We have a number of worries, but our most immediate concern is the proposed road that would slice through vitally important forest in Mondulkuri Province in eastern Cambodia, from Srea Ampos to Kbal Damrei,” said Seng Teak, Conservation Director of WWF Greater Mekong, in a statement. “This road would clearly imperil one of the biologically richest forests in Indochina, an area that provides critical habitat for rare wildlife such as Elephants, Leopards, and Banteng, as well as over 230 bird species.”

The road “would require deforesting 36 kilometers of protected forest, including 19 kilometers within the designated Special Ecosystem Zone, which forms the core of the largest area of lowland deciduous dipterocarp forest remaining in South-east Asia,” according to ATBC.

The resolution goes on to add that the project could hurt opportunities for nature-based tourism in the reserve.

Cambodia has had one of the highest deforestation rates in the tropics in recent years. According to data presented on Global Forest Watch, Cambodia lost over 16 percent of its tree cover between 2001 and 2013, ranking it third after Malaysia and Paraguay among tropical nations. Forest loss surged to an average of 200,000 hectares per year over the past four years.

Recent forest loss in Cambodia has been driven by logging and conversion for agriculture, which is increasingly for export-oriented crops.

Accordingly ATBC is calling for the precautionary principle to be applied to any new major infrastructure projects that could adversely effect natural ecosystems in Cambodia.

“This is a critical time for decisions impacting wildlife and natural resources in Cambodia and throughout Southeast Asia,” said Teak. “There are huge plans ahead for new roads, dams, mining projects, and other infrastructure that could have severe environmental impacts.”

“It’s absolutely vital that there be rigorous environmental impact assessments done before any major project is undertaken. And we need a precautionary approach to projects—to look at them very carefully to ensure that they really are essential,” Teak continued. “If we don’t, we could lose a lot of the wildlife and natural ecosystems that make Cambodia unique, and that form the basis of our thriving and highly profitable tourism industry.”