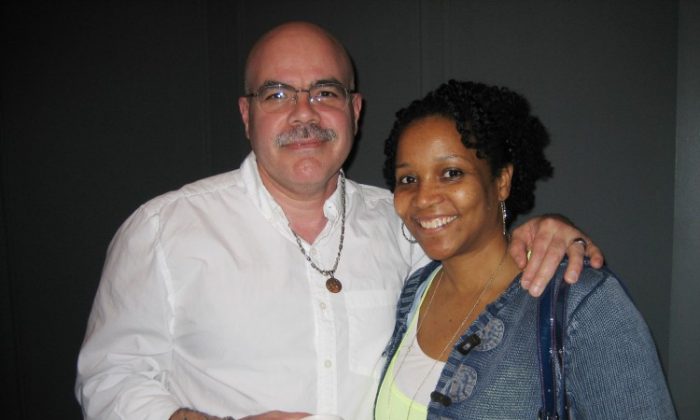 As a producer at a local television station, Mrs. Maldonado said she heard of the performance for several years, and after seeing it, “it’s so precise and beautiful.”

Each piece in the performance includes a digital backdrop that shows scenes from ancient China, pastoral landscapes, and others. The backdrop at times shows people coming down from the sky and onto the stage.

“The whole thing so far has been almost overwhelming with all the colors and movement,” Mrs. Maldonado said. “It’s so hard to do.”

The precision of the dancers, she said, is “all perfect,” and echoed statements made by other audience members about the performance.

“They’re amazing, it’s so beautiful,” she said. “I think that’s what moves me the most.”

“I think this show is incredible, and it is long overdue,” Mr. Maldonado said. “To see it like this on a big stage like that—I love it.”

“This is really artistic at the highest level,” Mr. Maldonado said.

The aim of Shen Yun is to revive traditional Chinese culture that was all but lost under six decades of communist rule, according to its website.

Classical Chinese dance—a style considered among the most comprehensive in the world—is the vehicle used by the performers in Shen Yun to express the inner meanings of the Chinese culture and spirituality, according to the website.