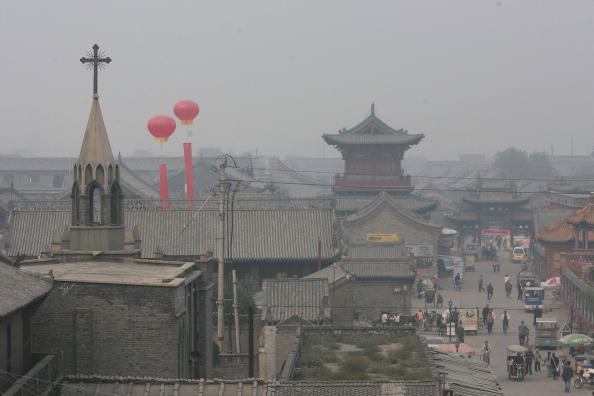 In the span of two weeks, two Chinese officials from a provincial prison management bureau have been placed under investigation for human rights violations.

Both state media did not provide an explanation for what may have triggered the investigations, merely stating that they were suspected of “serious violation of Party discipline and the law”—an oft-used euphemism for corruption.

Gao’s tenure in the prison management bureau began much earlier. He was a staff member of the bureau in 1986 and was promoted through the ranks to eventually become deputy inspector in December 2017.

In China, prisons hold more than just sentenced criminals, they also hold people who are considered enemies of the regime, such as political dissidents, prisoners of conscience, human rights lawyers, and journalists. They are often subject to abuse, such as forced labor and torture.

The World Organization to Investigate the Persecution of Falun Gong (WOIPFG), a U.S.-based nonprofit organization, has named both Wang and Gao as perpetrators of human rights abuses against adherents of the Falun Gong spiritual practice.

Falun Gong, also known as Falun Dafa, is a self-cultivation discipline with slow, meditative exercises and moral principles based on truthfulness, compassion, and tolerance.

The practice was introduced to the public in May 1992, and became hugely popular by the late 1990s, with official estimates of 70 to 100 million practitioners. Fearful of losing his grip on power amid such popularity, then-Chinese Communist Party (CCP) leader Jiang Zemin ordered a nationwide persecution in 1999 with the goal of exterminating the practice. Since then, hundreds of thousands have been abused inside China’s brainwashing centers, psychiatric wards, and prisons.

On Aug. 4, 2014, Wang Jigui was passing out to pedestrians CDs with a recorded television program about Falun Gong and the Chinese regime’s persecution when he was illegally kidnapped by Pingding police. After a secret court trial, held without his family’s knowledge, Wang was sentenced to three years in prison.

On June 2, 2016, about a year into his prison sentence at a prison in Jinzhong City, Wang’s family abruptly received a call from prison authorities informing them of his death at the Shanxi 109 Hospital.

Wang’s family became suspicious of the circumstances that led to Wang’s death after finding bruises on his chest and neck—a sign that he was likely abused and tortured. Falun Gong adherents who have survived their sentences recount common physical and mental torture by prison guards, tactics used to coerce adherents into giving up their practice.

The family requested to see Wang’s medical record, but was denied. On June 8, 2016, Wang’s body was cremated against the family’s wishes, another indication that local authorities wished to cover up any evidence of torture on his body.