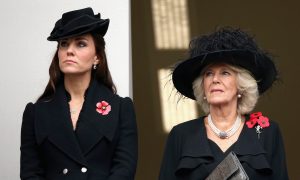 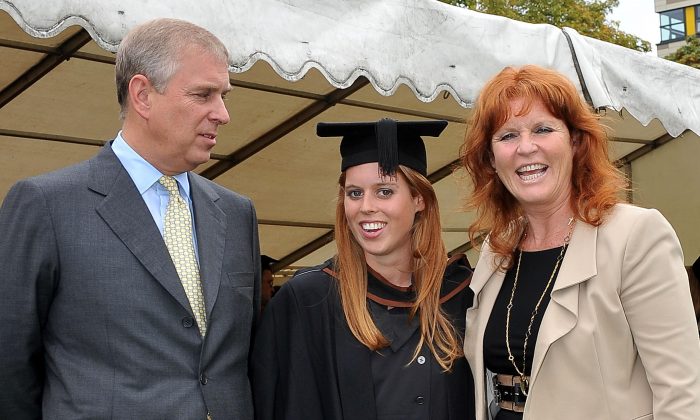 Sarah Ferguson is going to get remarried to Prince Andrew years after the pair divorced, according to a tabloid report.

Andrew, 54, the brother of Prince Charles, and Sarah, 55, the mother of Princesses Beatrice and Eugenie, were divorced in 1996 after being married for a decade. But the new report says that Fergie and Andrew have actually been living together for the past couple years, and have finally secured Queen Elizabeth’s blessing to get remarried.

Under British law, the Queen must give permission for any of her children to marry.

Globe magazine, a supermarket tabloid with dubious reporting, claims in its upcoming December 1st issue that the Queen gave her blessing after Sarah received support from Kate Middleton. The Queen “has forgiven her for all the past mistakes with men and money,” the tabloid claims.

“In welcoming Sarah back into the fold, the Queen is defying her husband Prince Philip who can’t stand Fergie,” Globe magazine also said. “Now all the talk is about when will Fergie and Andy announce they’re remarrying.”

The tabloid report could have some shred of truth to it as Andrew has said earlier this year that he has remained friends with Sarah. And last year, Sarah said she would not rule out remarrying Prince Andrew

“He’ll always be my handsome prince. It’s really lovely that we are still a family and the story has a happy ending all the time,” she told the Daily Telegraph when asked if she would remarry. She also didn’t deny rumors that they would get back together at the time. And a few months ago, an insider told MailOnline: “Mark my words, they will remarry. It is only a matter of time.”

The Duchess of York and Andrew have both had their share of scandals over the years, including the time Sarah tried to sell information on Andrew to reporters. The two have remained close to one another even though they’ve been divorced for almost 20 years.

Andrew and Sarah have remained on good terms for most of their time apart–for instance, the Duchess joined Andrew and her daughters at the royal Balmoral castle for vacation in August.

Fergie spent some quality time with the Queen there as well, who is understood to be fond of her former daughter-in-law.

However, Ferguson had to leave after a couple of days because Philip was arriving and he refuses to see his son’s former wife, in part because he’s confused about their continued relationship including how they live together.

“Prince Philip won’t have her in the house. He cannot understand why she’s living under the same roof as Andrew after all these years,” a source told The Sun at the time. “Normally members of the royal family stay a week or two, but the Duchess has to cut short her stay.”

The royal source noted then that Andrew and Sarah could remarry at some point, but it would be unlikely unless Philip dropped his opposition.

Globe’s new report didn’t mention whether he has.