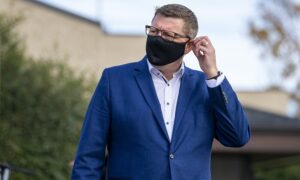 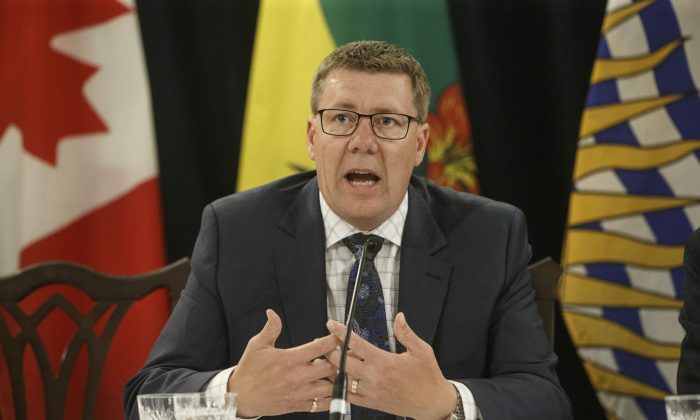 REGINA—Saskatchewan Premier Scott Moe is warning Regina city council there could be financial consequences if it restricts energy companies from sponsoring or advertising with the city.

Council’s executive committee voted Wednesday in favour of a motion that would ban fossil fuel producers and sellers from advertising or having sponsorship agreements for city operations.

The motion must now go to the full city council for another vote.

If approved, it would see non-renewable energy-based companies added to other types of firms or organizations that could compromise the city’s reputation.

Moe calls the motion passed by the executive committee “absurd” and thanked Mayor Sandra Masters and some other council members for voting against it.

He says the motion is a hypocritical attack on the hardworking workers and employers that fuel Saskatchewan’s economy and fund important community initiatives through voluntary sponsorships.

“Should this motion pass Regina City Council next week, our government will seriously consider the future of sponsorships to the City of Regina from provincial energy companies like SaskEnergy and SaskPower,” Moe said Thursday in a release.

“If these Regina city councillors have such a strong aversion to accepting money from energy companies, I assume they will no longer want to receive these funds, which could instead be distributed to other Saskatchewan municipalities.”

The motion was brought forward by Coun. Daniel Leblanc, who said allowing such sponsorships implies acceptance, at the city level, of what the companies do.

“We are concerned about the amount of carbon used in our city, I think it is similarly or more inconsistent for us to have buildings and parks named after fossil fuel corporations than it is to be named after a pack of smokes.” LeBlanc said.