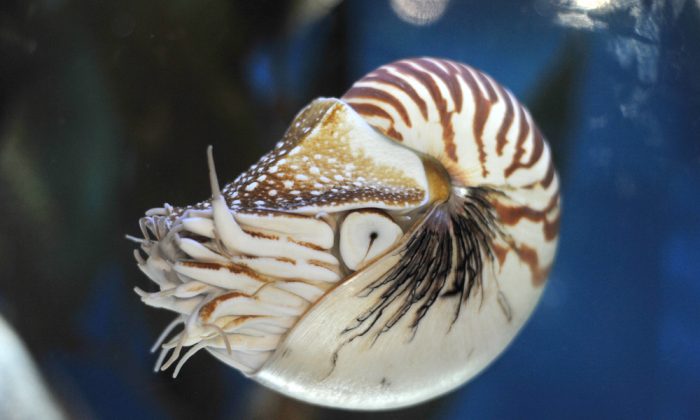 Creatures we thought were long gone, creatures from millions of years ago, have been discovered alive and well, living among us. These living fossils take us back on a journey through millions of years of Earth’s history.

Covertly tucked away in the Amazon forest, these ants were discovered as a new species in 2000 by biologist Christian Rabeling, the first new ant species discovered since 1923. They may be new to human knowledge, but they have been on this planet for an estimated 120 million years.

Photo Via University of Texas

The Goblin Shark is one of the ugliest dwellers of the deep; as its name suggests, it resembles the common concept of a goblin image. With pink coloration, it has a long, flattened snout, a protrusile jaw containing prominent nail-like teeth. It is usually between 10 and 13 feet (3 and 4 meters) long when mature, though it may grow considerably larger.

The Frilled Shark are the oldest species of shark still alive. Like the Goblin Shark, it is less attractive than most modern sharks. Its body is eel-like. It stays close to the bottom of the ocean, and so has been rarely seen by humans.

Sturgeon fish are more commonly known to humans than the creatures previously discussed, but this ancient fish is becoming rarer. The fish are harvested for their meat and eggs (known as Caviar). Their growth and maturation rates are slower than that of most fish—they live up to 100 years. Thus, over-harvesting, pollution, and other kinds of habitat destruction all contribute to their endangerment.

New Zealand’s endangered Tuatara lizard, found only on the islands off the country’s coast, is considered a living fossil. The Tuatara is the only remaining family of the Rhynchocephalia order; the other families became extinct more than 60 million years ago. Though they look like modern-day reptiles and lizards, they have a body structure that scientists believe has remained basically the same for 200 million years. On the upper jaw, two rows of teeth overlap one row on the lower jaw. Though the Tuatara has no external ear, it is able to hear. It has a cavity with a stapes in it, which is a bone that vibrates, providing the Tuatara with a way to sense sound. It has a series of broad spines extending down the mid-line of the back.

The Tadpole shrimp has been on Earth for more than 200 million years, but is now classified as an endangered species. In 2010, scientists discovered a unique, resilient trait of the species: the eggs can lie dry and dormant for extremely long periods of time and still create new life when rehydrated. A study published in Live Science earlier this year, suggests that the Tadpole shrimp may actually be a different species than the one that looks very similar and existed 220 million years ago, though it has long been considered a living fossil.

The Coelacanth was considered extinct until it was rediscovered in 1938. Scientists have studied this very rare, endangered fish with great meticulousness, because it is similar to the ancient fish believed to be related to the first land vertebrate.

The Horseshoe crab is among the most well-known of the living fossils, having remained virtually unchanged for an astonishing 445 million years. Already considered one of the oldest living animals on the planet, a fossil discovered in 2008 proved this creature is actually 100 million years older than previously known.

Half a billion years the Nautilis has survived, through mass extinctions and great changes in the Earth. Yet, today it has almost been fished to extinction for its unique spiral shell used for decorations. A daily haul of hundreds used to be common, whereas today a fisherman may only find one or two.

The Jellyfish is known as the oldest multi-organ animal. Found in every ocean, from the surface to the deep sea, it is primarily a salt-water creature, but a a few kinds of Jellyfish do inhabit freshwater.

It’s hard to measure exactly how long sea sponges have been around. The oldest evidence of a sea sponge is a fossil discovered just last year in a 760-million-year-old rock.