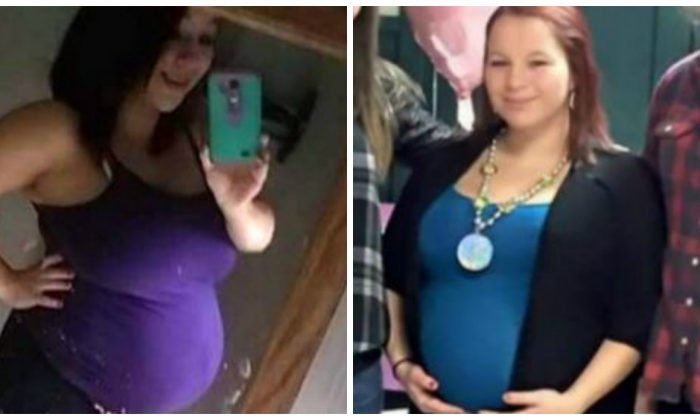 A pregnant woman died over the weekend while shoveling snow outside of her home in Pennsylvania.

Briahna Gerloff, 18, was shoveling with her younger brother in Pottstown on Saturday morning. She went inside the house afterward, and was later found unconscious on the floor.

Family members and a neighbor tried to perform CPR to revive her, but Gerloff was pronounced dead at the hospital.

Family members say she was eight months pregnant and suffering from several heart defects, including Wolff-Parkinson-White syndrome (WPW), a disorder in which an abnormal electrical pathway in the heart causes a rapid heartbeat.

“I told her it probably wasn’t a good idea for her to be outside shoveling. She wanted to do it anyway,” a family member told NBC.

“She was a very good person, a caring and loving person and she could not wait to be a mother.”

Police haven’t yet determined the cause of death.

A friend has set up a GoFundMe page for Briahna’s family.

“Her family now has to deal with all the emotional stress of losing Briahna & Kayliana, but in two short months it will be three years since Briahna’s mother passed away. They also have to deal with financial stress including funeral costs,” the friend wrote.

A candlight vigil is scheduled for Saturday, Jan. 30 at 5 p.m. on 14 E. Second Street in Pottstown.