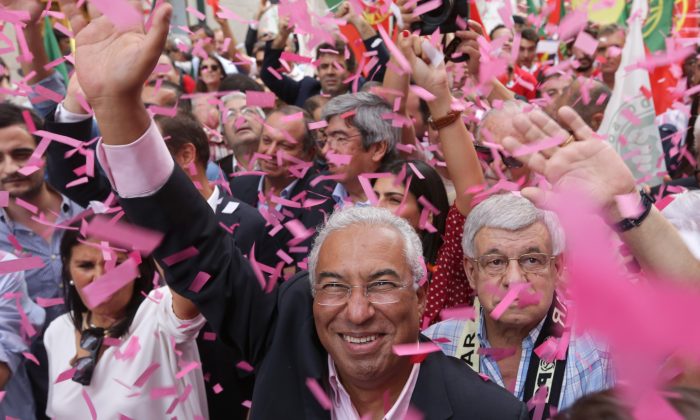 LISBON, Portugal—Portuguese Socialist leader Antonio Costa says he is available to take power immediately following the center-right government’s collapse and promises to comply with the fiscal discipline required of countries like Portugal that use Europe’s shared euro currency.

Portugal’s president was due to consult the country’s political leaders and representatives of labor groups and businesses before deciding whether to invite the Socialists to form a government or appoint a caretaker government before new elections.

The political tension in Portugal shows no sign of abating after anti-austerity lawmakers defeated the government in a key vote Tuesday, compelling it to resign. A new government may be more than a week away, making it almost certain that the 2016 state budget — a spending plan crucial to keep the country’s finances in order — won’t be ready by Jan. 1.

Debt-heavy Portugal is still recovering from its 78 billion-euro ($83.6 billion) bailout in 2011, and some fear it could slide back into financial difficulty. The broader danger is that political instability or new debt concerns in Portugal could re-ignite market worries about the euro’s future and undermine other countries in the 19-nation bloc.

The head of the Confederation of Portuguese Industry, Antonio Saraiva, expressed anger Thursday that the Socialists aim to increase the minimum monthly wage to 600 euros from 505 euros over the next four years without first consulting employers.

Leaked documents about the Socialists’ plans have deepened the uncertainty. Newspapers on Thursday published a letter from the Socialist Party to government holding company Parpublica urging it to halt the privatization process of flag carrier TAP Air Portugal. The sale has for several years been a bone of contention between the government and opposition parties.

Portugal: A Look at the Election of a New Government

The outgoing government, which is tending to urgent government business until a new administration takes office, said the airline has acute cash-flow problems and may soon be unable to fly or pay salaries. Cabinet spokesman Luis Marques Guedes said the sale of a 61-percent stake to David Neeleman’s Gateway consortium, announced in June, had to go ahead Thursday because TAP urgently requires the cash injection the buyer promised.

The Socialist Party, which was in power for the six years before the bailout saved Portugal from bankruptcy after years of overspending, has promised to reverse some of the economic reforms demanded by creditors and enacted by the center-right government. That includes the sell-off of public transport companies, as well as some labor reforms.

The Socialists also intend to give back cut pay to government workers and unblock pension increases, putting more money in Portuguese pockets to fuel spending and growth.

However, they have not explained in detail how they can reconcile increased expenditure, including more money for public health and education programs, with a commitment to reduce the country’s debt load.