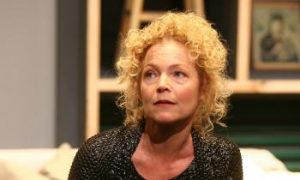 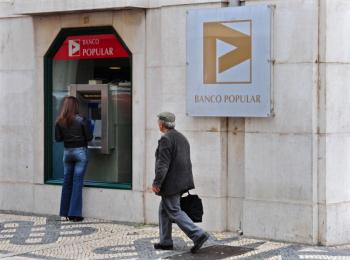 A woman using a cash machine of the Banco Popular on March 29, 2011 in Lisbon, Portugal. (Jasper Juinen/Getty Images)
Business

By Ilya Rzhevskiy
Print
After major political instability and growing debt, Portugal is seeing its Fitch credit rating fall by another three notches to BBB- and that’s the second downgrade by a major ratings agency in one week.

Earlier last week, Portugal’s Prime Minister Jose Socrates resigned after opposition parties rejected his deficit-cutting plan aimed to tighten the country’s expenses by slashing among other things pensions, social benefits, and increasing taxes. The new election is set to be held on June 5, which is two months of uncertainty in the face of two upcoming major debt repayments (bond redemptions)—4.3 billion euros in April and 4.9 billion euros in June.

Fitch is uncertain about Portugal’s ability to repay these debts and believes that it needs external help in the form of a bailout fund to sustain its economy.

"The severity of the downgrade by three notches mainly reflects Fitch's concern that timely external support is much less likely in the near term following yesterday's announcement of general elections to take place on 5 June," says Douglas Renwick who is the director in Fitch's Sovereign Ratings Group. "Fitch identified timely external support as a key rating trigger when it downgraded Portugal to A- on 24 March. The agency views external support as necessary to bolster the credibility of Portugal's fiscal consolidation and economic reform effort, as well as secure its financing position."

Fitch goes on further to state in its official Rating Report: “Fitch views an IMF/EU financial support package with strict policy conditionality as necessary to secure sustainable financing and restore medium-term debt sustainability and investor confidence in Portugal. Any delay in securing a credible IMF/EU supported policy program increases the risks to economic and financial stability, while the current crisis is likely to worsen the economic downturn.”

At the moment Portugal is rated lower than Ireland that already received a bailout fund from the European Financial Stability Facility. Whether the government in Portugal will ask for a loan is still to be seen, but it will surely face lots of adversity in the next few months, as the prime minister is gone and the Parliament is dissolved.

“The amount of payments to be made this year in the form of interest costs and maturing loans is quite high,” said the President of Portugal Anibal Cavaco Silva last night in a speech in Lisbon after calling the vote two years early. “The next government faces an unprecedented economic and financial crisis.”

Portugal is one of the eurozone’s weakest and smallest economies that’s currently burdened by 8.6 percent budget deficit of its GDP for 2010, which is 1 percent higher than the government had previously forecasted and way higher than the 4.6 percent target set for the year.