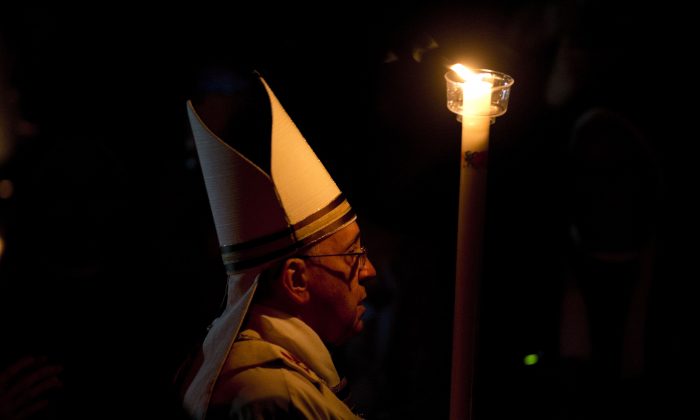 The fake report, published on “satire” website National Report, appears to be poking fun at the fear that a widespread microchip implantation is “the mark of the beast,” as described in the Bible.

“In a controversial move by the Catholic church, Pope Francis has come out in vocal support of RFID Chip technologies and the extraordinary potential they hold for mankind. The outrage stems from a belief held by many Evangelicals, Fundamentalists and Catholics, that RFID implants are the Mark Of The Beast, spoken about in their Holy Book’s chapter regarding the end of the world,” the article reads.

According to a disclaimer that has since been removed, National Report isn’t a real news source.

“National Report is a news and political satire web publication, which may or may not use real names, often in semi-real or mostly fictitious ways. All news articles contained within National Report are fiction, and presumably fake news. Any resemblance to the truth is purely coincidental,” it states, according to hoax-debunking website Waffles at Noon.

A quick search shows that Pope Francis has never made statements about RFID chips.

No legitimate local or national media reports have anything about it either.