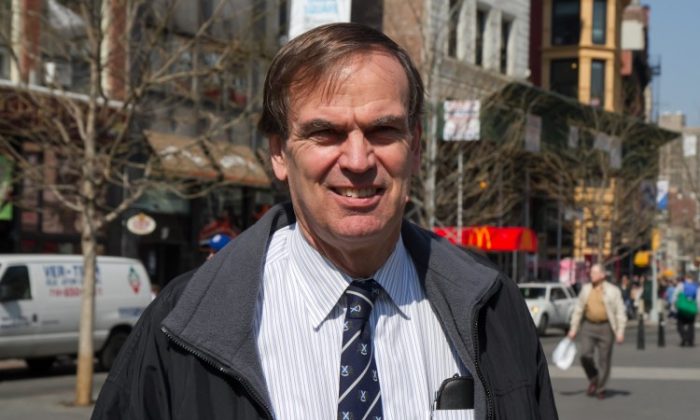 NEW YORK—”The Third Jihad,” an NYPD training video that taught racial profiling as part of counter-terrorism measures, has continued to draw criticism since the Village Voice first reported on it in March 2011.

Police Commissioner Kelly apologized for the video, but the general level of surveillance on Muslim community centers, student groups, and mosques since the 2001 World Trade Center terrorist attacks has some Muslim community members vocally opposed to what they see as an oppressive suspicion of their culture and religion.

According to the poll released Tuesday, 58 percent of voters said the NYPD act appropriately in dealing with Muslims.

The Epoch Times asked New Yorkers what they thought of the NYPD’s behavior toward Muslims.

“In an ideal world you would not profile. But we are not in an ideal world and if most of the terrorism or our enemies are in one sector, we have to profile that sector. I know it’s not American, but that is reality and if two huge guys come looking menacing to you, to attack you, or looks like they will attack you, you can’t pretend you don’t see them. So my feeling is yes. Now is the police taking all the appropriate measures to make sure that that is the right way of doing things, are they following procedures, well I don’t know. But I think profiling that is definitely something that has to be done and if not then we are kidding ourselves.”

“I don’t agree with how the police are dealing with the situation because I am Muslim. It is not about nationality or race; it is about personality. It really depends on the person themselves. That is what I think.”

“Both of them are in a very difficult situation. I am a physician and as a physician I have many fellow physicians who are also Muslim. And I have always asked them what they think, and I think they have always been extremely gracious about the fact that they understand that they have to go through more difficulties at places like the airport and things like that—which always breaks my heart slightly for them. I think the police are also in a difficult position because they have to look out for terrorists and we have many instances of terrorists in this country who have not been Muslim, however, the most recent ones have been. I think [the police] are doing the best they can, I think the Muslim community is doing the best they can, so over all I think I am satisfied, although I do feel for Muslims in New York City.”

“I don’t think it is right at all. Because everyone should be entitled to their own religion and their own way of practicing, just because there are a couple of rotten apples in the bunch you can’t blame them all.”