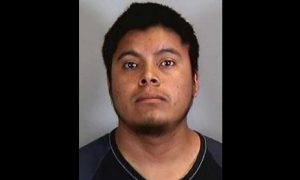 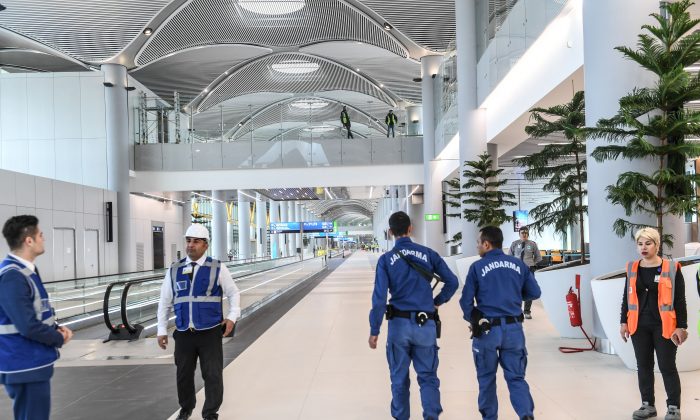 Policeman Shoots Another Officer After Argument in Turkey

A police officer opened fire on a colleague before turning the gun on himself after an argument at an airport in Turkey, according to local reports.

The incident occurred at about 4:20 pm local time on March 26 at the security desk of Kayseri Airport’s domestic departures terminal.

According to Turkish media outlet Hurriyet, an argument between two male police officers escalated into a fight. One officer then took out his pistol and shot his colleague three times before shooting himself in what appears to be a failed suicide attempt.

The two were both taken to a hospital suffering from serious injuries, according to Anadolu Agency.

The two police officers were identified as Eyup B. and Ali A.

Turkish media reported that ambulances and police cars rushed to the airport, where security measures have also been ramped up.

A small crowd of people could be seen on video footage outside the terminal building.

Kayseri Airport hosts civilian airlines and has a Turkish Air Force base at the location.

Earlier this years, an officer in Zambia picked up an AK47 and shot his colleague in the stomach after an argument, then went on the run.

In Canada last year, in November a policeman was gunned down by a fellow officer in a case that is still under investigation by authorities.

According the Toronto Sun, the shooting in Niagara followed a “heated argument” and “fist fight”  between a constable and a detective sergeant responding to a traffic accident.

Up to five bullets were reportedly fired at Nathan Parker, who did not draw his gun, although authorities say he had only one wound.

But his brother, Phillip Parker, described the victim of the shooting as a violent man and had little sympathy.

“Nathan accelerates from zero to maximum rage in one second. He has the emotional stability of sweating explosives,” Phillip Parker told CBC news in December.

“Nathan has the power to crush anyone, and the switch in his brain that prevents violence is defective.”

“I am surprised that Nathan is not the shooter,” he said. “Perhaps [the other officer] is simply the faster draw.”

According to the Sun, there may have been “bad blood” between the two officers.

However, in general, cases of officers shooting each other out of malice are very rare.

In the United States a St. Louis police officer was charged in January with killing a fellow officer in a Russian roulette-style game.

Officer Nathaniel Hendren has been charged with the involuntary manslaughter of Katlyn Alix, 24,who died while off-duty early on Jan. 24.

According to a probable cause statement from the St. Louis Police Department, Hendren shot Alix in the chest while they were handing a revolver back-and-forth, taking turns pulling the trigger.

The officers had allegedly been drinking.

Hendren met Alix at his home, according to the statement from Sgt. Richard Hellmeier. The officers were  “playing with firearms” when Hendren took out a revolver, and emptied the cylinder.

He put one cartridge back in and the two started to play “Russian roulette”, taking turns to aim at each other and pull the trigger. On the third time, the gun fired, with Hendren pointing it at Alix’s chest.