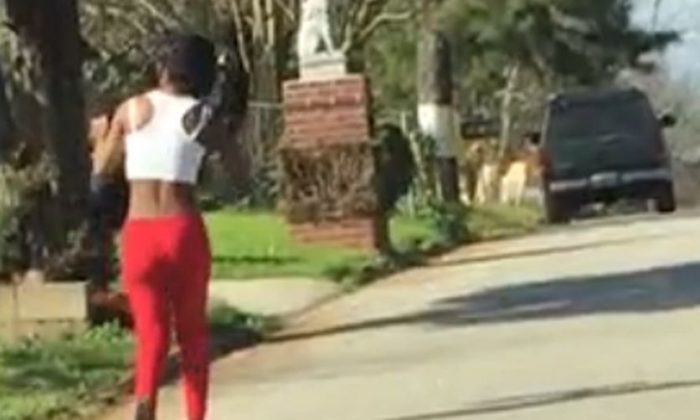 Police Searching For Woman Who Was Caught Punching Her Dog

*WARNING: The footage may be disturbing for some viewers*
By Jack Phillips

A woman was spotted punching a dog in the head in DeKalb County, Georgia.

“Say something,” says one person off camera. “Hey, stop hittin’ your dog,” the man holding the camera says.

The video was turned over to DeKalb County Police. Witnesses said the woman first hit the dog with a stick and then started punching it, FOX5 reported.

Police are now looking for the woman seen in the video.

“That is ugly,” one neighbor said, saying the woman’s actions were “inhumane.”

“I hope they find her—and the dog,” another neighbor added.