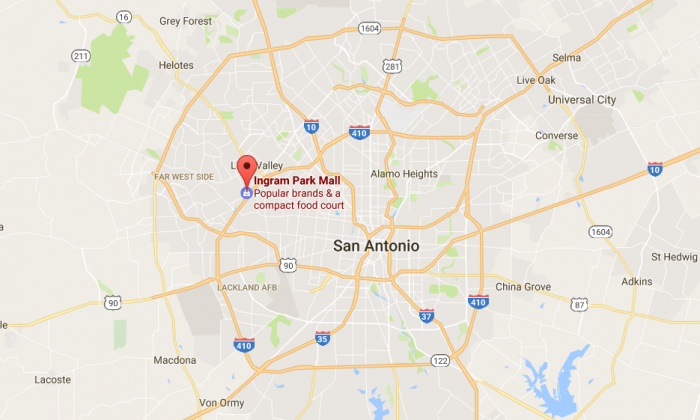 Police in San Antonio are responding to reports of shots fired at  on Tuesday morning, and they’re searching for a suspect.

MySanAntonio.com reported that a masked man attempted to rob a group of women inside the mall at around 11:30 a.m. local time.

Police noted that it’s unclear if shots were actually fired. It’s also unclear if the mall was placed on lockdown, according to the local news website. A nearby high school, Holmes High School, was locked down.

According to News 4 San Antonio, police said a woman and her mother were approached by “two Hispanic males in a green SUV who were wearing handkerchiefs over their faces.”

The men jumped out of their vehicle and pointed guns at them and said they were “going to kill [them],” it was reported.

The two women were not injured—just shaken up, the report stated.

The incident follows a similar one when a robbery-gone-bad at San Antonio’s Rolling Oaks Mall left one person dead and several injured earlier this week.