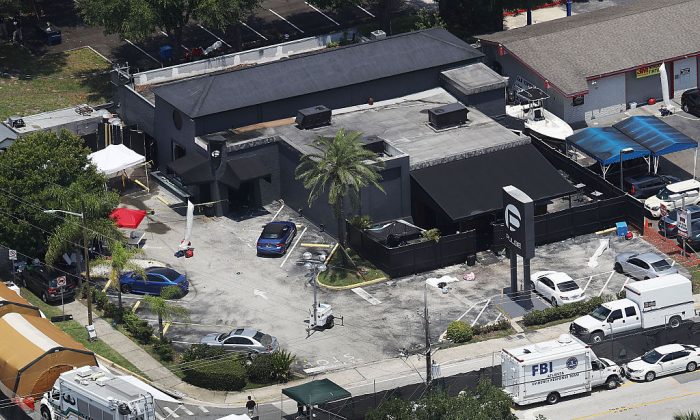 A policeman who was one of the first to respond to last year’s Pulse Nightclub massacre in Florida is being dismissed, just six months away from being eligible for his full pension.

Cpl. Omar Delgado of the Eatonville Police Department claims his department made the decision because a doctor diagnosed him with post-traumatic stress disorder, meaning he couldn’t return to full duty.

The claim was not confirmed by the department but they had reached an agreement with Delgado to terminate his employment, the Orlando Sentinel reported.

Delgado was one of the first police officers to respond to the Pulse nightclub shooting in June 2016. He was praised for saving the life of Angel Colon, who was shot several times inside the club.

The massacre left 49 dead and at least 69 injured.

Delgado now has post-traumatic stress disorder, with a fear of public spaces such as restaurants and bars. As a result, for the last eight months, he was only able to work a desk job for the department.

But on Monday his department told him his last day would be on Dec. 31.

Delgado has been with the department for 9 1/2 years. Six more months would have made him eligible to collect 64 percent of his $38,500 salary when he turns 55, which is still 10 years away. Instead, he will now only receive 42 percent.

Delgado said he doesn’t understand why he’s losing his job.

“I don’t need to be a police officer with my gun belt and so forth to do those little tasks,” Delgado told reporters. “Could they have let me do that for six more months? That’s the debate.”

According to the Sentinel, the police department wouldn’t confirm the reason for Delgado’s dismissal but said they’d reached an agreement to end his employment.

If you like this article, support our independent journalism by sharing it on social media. Thank you very much!