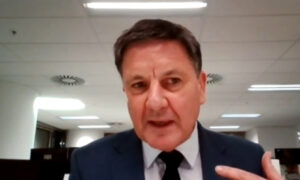 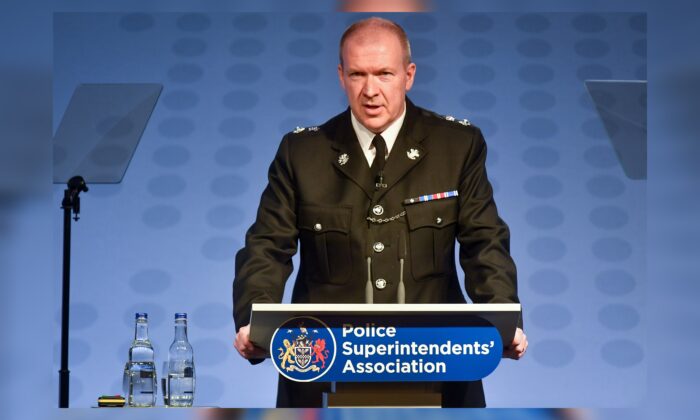 The head of a group of high-ranking police officers has accused the government of failing the service as he laid out plans to withdraw from a pay review system and take legal action over pensions.

Paul Griffiths, president of the Police Superintendents’ Association, told members on Tuesday that the organisation will withdraw from the pay review system and there are plans to mount a challenge against it.

He told members he was “staggered and saddened” to report that the PSA will take legal action against the government over changes to police pensions.

Beginning his keynote speech, Griffiths accused the government of “failing officers and staff”, despite claims that the police service is valued.

Under current plans, NHS staff will receive a 3 percent pay increase, and firefighters and local government workers will get 1.5 percent, while police officers who earn more than £24,000 ($33,000)will get nothing.

Griffiths said: “We hear that colleagues in the NHS, local authorities, and fire service are to receive an uplift, something we applaud. Yet that leaves the police as clear outliers for reasons we cannot fathom.

“No-one enters policing to get rich. It is a vocation and a career that provides challenge and demands sacrifice like no other—something clearly demonstrated amidst the pandemic.

“However, with very few employment rights, it is essential that police officers have fair and transparent processes in place to determine their pay, and that they have a clear voice within this.

“The government direction on public service pay has overridden these processes, making decisions around pay in advance of the evidence it requests from stakeholders right across the service.”

Normally, the independent Police Remuneration Review Body (PRRB) gathers information from various groups including those representing officers as well as the Home Office, before recommending what pay levels the government should set.

However this year, amid fears over spending during the pandemic, the PRRB was not allowed to give recommendations.

The Police Federation, which represents more than 130,000 officers from the rank of constable to chief inspector, has already announced it will withdraw from the process, with chairman John Apter branding the system “inherently unfair”.

Griffiths said: “Currently, we have no procedural justice when it comes to pay and police officers are not being heard.

“It is for this reason that I can announce today that the Police Superintendents’ Association is withdrawing from the PRRB process.

“We no longer see the value of our involvement, which has no bearing whatsoever on the decisions made regarding pay.

“We are in liaison with other staff associations over options to challenge what we see as a clear violation of the agreed independent process.”

He also outlined plans for the PSA to take legal action against the government over changes to pensions which it says leave thousands of officers needing to work longer to receive less.

The association will also back employment tribunals in support of female officers who work part-time on the basis of potential future sex discrimination due to the changes.

Home Secretary Priti Patel, who would normally attend the event in Stratford-upon-Avon in person, instead sent a pre-recorded video message, saying she needed to be in London to vote in Parliament.

“This meant the Chancellor could not justify an across-the-board pay increase for public sector workers.

“He asked the advice of the pay review bodies, proposing to raise pay in the NHS but pause pay rises elsewhere in order to protect jobs.

“This pandemic is something we have never experienced before—a truly seismic event which has affected many sectors and employers across the entire economy.

“It has meant even tougher choices than usual. None of us wanted to be in this situation.”

Speaking at the conference earlier on Tuesday, Britain’s most senior police officer, Dame Cressida Dick, said officers, who do not have industrial rights, need a pay review system in which they can have confidence.

The Metropolitan Police Commissioner told delegates: “For all the police officers who continue to put themselves in harm’s way, who have served the public loyally and steadfastly throughout the pandemic, who have been injured assaulted or abused.

“All the police officers who wake up each day or get ready each night to protect people, to save lives, to prevent crime, to tackle perpetrators, not knowing what the day will hold, and for their families—for all of you, I do believe police deserve a pay rise.

“And they deserve a fair system for calculating it. One in which people who cannot withdraw labour or work to rule can have confidence.”