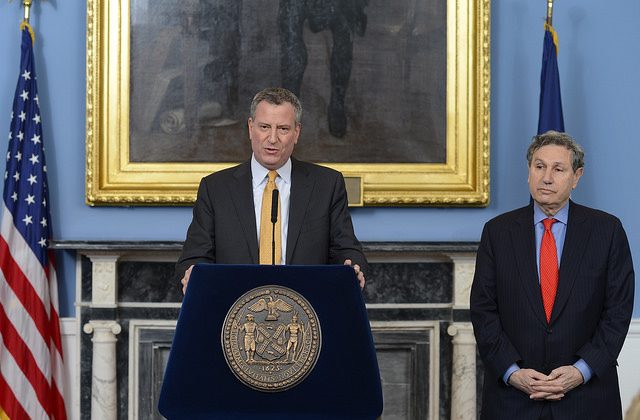 NEW YORK—The budget for the Department of City Planning has been increased by 39 percent after seven consecutive years of decline to meet Mayor Bill de Blasio’s ambitious affordable housing goal.

The department’s budget for the next fiscal year has been increased to $28 million, according to Carl Weisbrod, the agency’s director, who testified before the City Council Thursday.

De Blasio made a campaign promise to build and preserve 200,000 units of affordable housing in 10 years. The planning department plays a key role in this endeavor since the plan requires the construction of 80,000 new affordable housing units.

“The mayor has made clear that planning is a priority of this administration and the Department of City Planning must be a major driver in transforming administration goals into reality,” Weisbrod said.

DCP expects to spend $879,000 on at least 10 borough planners, and $2 million on additional consultants, all directly related to the affordable housing plan.

In addition, $3.1 million has been set apart for a new office space for the agency. Weisbrod said that DCP’s current offices are outdated and split between several floors—an impediment to cooperation.

Weisbrod also clarified that the mayor’s plan to require developers to include affordable housing in their projects will not be applied as a one-size-fits-all policy. Rather, the affordable housing requirements will vary by neighborhood, depending on the needs of each locale.