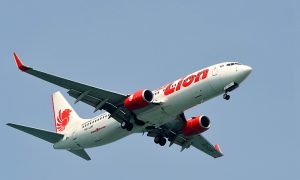 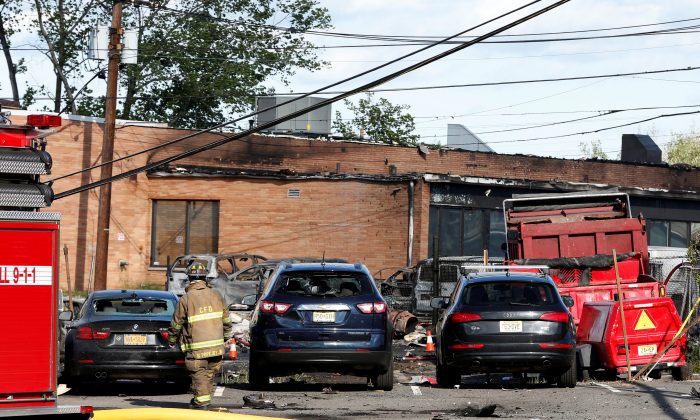 CARLSTADT, N.J.—A small plane on Monday crashed on approach near Teterboro Airport in New Jersey killing two pilots and sparking fires at two buildings that could be seen from New York, the Federal Aviation Administration and local police said.

The FAA said the Learjet 35 departed Philadelphia and went down at 3:30 p.m. local time about a quarter mile from the airport in a residential area in northern New Jersey on approach to Runway One.

Carlstadt Police Sergeant John Cleary told reporters the plane hit one building in an industrial or manufacturing area, skidded across a parking lot and broke apart. The flaming debris then set a second building on fire, he said.

“The plane was seen listing to its left side so obviously there was some sort of malfunction,” Cleary said.

No passengers were aboard the flight and Jordan had no information on the status of anyone on the ground.

The area around the fire scene was crowded with police and rescue equipment as smoke poured from a building still on fire. Some vehicles were also damaged on the ground at the crash site.

The FAA did not release information about the status of anyone aboard the aircraft. The FAA said it is sending a team to the site.

Teterboro Airport said in a statement it “has been closed and flight operations ceased following the crash of a Learjet on final approach to the airport.”

Flight data compiled by Flightaware, a website that tracks plane movements, said the Learjet 35 had started the day at Teterboro and flown to Massachusetts before flying to Philadelphia.

The National Weather Service said strong winds had been reported in the area.