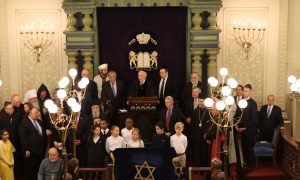 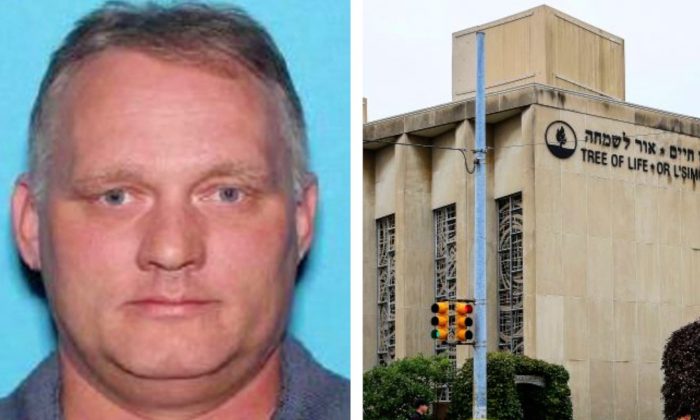 This undated Pennsylvania Department of Transportation photo shows Robert Bowers. Bowers, a truck driver accused of killing 11 and wounding seven during an attack on a Pittsburgh synagogue in October 2018 is expected to appear in a federal courtroom to be arraigned on additional charges, on Monday morning, Feb. 11, 2019. (Pennsylvania Department of Transportation via AP—John Altdorfer /Reuters)
US News

PITTSBURGH—The man charged in the Pittsburgh synagogue massacre pleaded not guilty to hate crimes and dozens of other counts on Monday, Feb. 11, but his new lawyer—a prominent death penalty litigator who represented one of the Boston Marathon bombers—signaled he might be open to a plea deal.

Robert Bowers, a truck driver who authorities say gunned down 11 people at Tree of Life Synagogue, appeared in federal court with attorney Judy Clarke, who expressed hope the case will be resolved without a trial.

Prosecutors in Pittsburgh have previously indicated their intent to seek the death penalty against Bowers, but a final decision rests with the U.S. attorney general.

Asked if the government would consider a plea deal that spares Bowers a potential death sentence, U.S. Attorney Scott W. Brady said in a statement Monday: “The defendant is charged with crimes that carry the maximum possible penalty of death. We are committed to seeking justice for the victims and their families in this case.”

Assistant U.S. Attorney Troy Rivetti said in court that a trial could last about three weeks, not including any potential penalty phase.

Bowers, who was shackled, said little, giving yes or no answers.

A grand jury on Jan. 29 added 19 counts to the 44 Bowers was already facing. The additional charges include hate crimes violations, obstruction of religious belief and the use of a firearm during crimes of violence.

Bowers, 46, of Baldwin, Pennsylvania, is accused of targeting worshippers from three Jewish congregations when he attacked Saturday, Oct. 27, during Sabbath services.

Seven people were wounded in the rampage, including five police officers that suffered non-fatal injuries.

#ICYMI: What a moment having Pittsburgh Police SWAT Officer Timothy Matson receive a standing ovation at the State of the Union for his brave actions at the Tree of Life Synagogue shooting.#StrongerThanHate #PittsburghProud pic.twitter.com/8XZHkFufUj

Officer Matson was shot multiple times during the Tree of Life Synagogue shooting.

Tonight at the #SOTU, President Trump honored Pittsburgh Police Officer Timothy Matson, who was shot multiple times during the the Tree of Life Synagogue shooting. We salute Officer Matson for his heroism and bravery. pic.twitter.com/dcv4JDJhT5

Donna Coufal, a member of the Dor Hadash congregation that occupies space at Tree of Life, said she attended Monday’s arraignment “to bear witness. It’s been a painful time, but we remain strong as a community.”

‘Justice Will Be Swift and Severe’

Investigators say Bowers posted criticism of a Jewish charity on social media before the attack, claiming the immigrant aid society “likes to bring invaders that kill our people.”

Authorities said he raged against Jews as he gunned down his victims, and told investigators “all these Jews need to die.”

“The actions of Robert Bowers represent the worst of humanity,” said Scott W. Brady, the U.S. attorney for the Western District of Pennsylvania. “Please know that justice, in this case, will be swift and it will be severe.”

Bowers has been incarcerated in the Butler County Prison, about 35 miles north of the shooting scene. If convicted of the most serious offenses, he could be sentenced to life without parole.