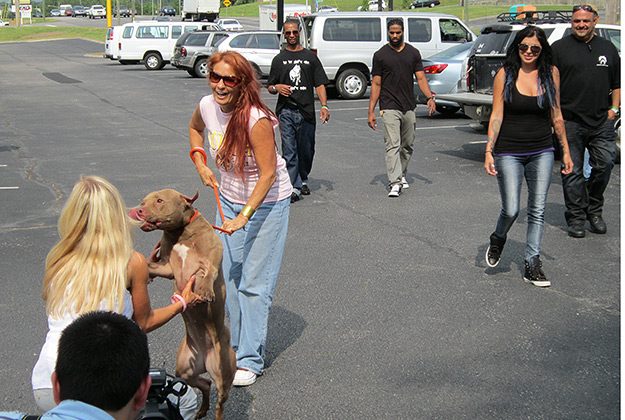 Pit Bulls & Parolees on Animal Planet Will Return For Season 6

Pit Bulls & Parolees on Animal Planet will return for season 6, though the specific release date hasn’t been announced.

The series stars Tia Torres rescuing, rehabilitating, and finding homes for put bulls and other dogs.

The dogs are abused and abandoned.

Tia, her daughters Mariah and Tania, twin sons Moe and Kanani, and the group of parolees that work for her, moved from California to their current home in the upper ninth ward of New Orleans.

“New Orleans couldn’t be better,” Torres told TVGuide.com, which reported the news. “I wish we had discovered this place 10 years ago… The community has been overwhelmingly receptive.”

Season 6 will premiere sometime this year.