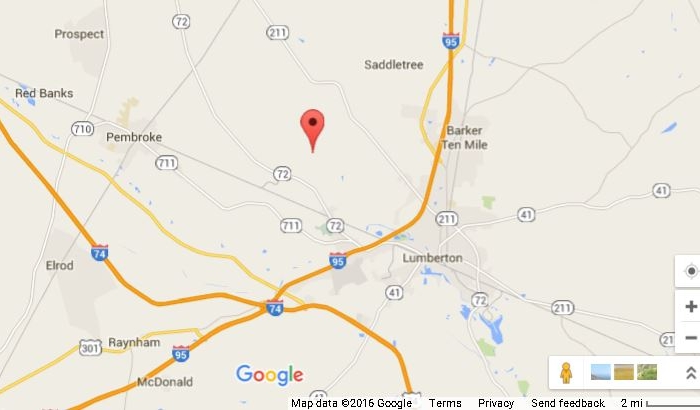 Two children were attacked by a pit bull in North Carolina over the weekend, and one has died from the resulting wounds.

Talen Nathan West, 7, and Jaylen Ray West, 8, both were taken to the Southeastern Medical Center, where Talen later died.

The Robeson County Sheriff’s Office said in a statement that the incident took place Sunday around 11:20 a.m., near the 2400 block of Odum Road in Lumberton, Robeson County.

When emergency responders arrived, Talen had multiple puncture wounds and Jaylen had been bitten on the lower part of his body.

Distraught family members said that the dog had no known history of violent tendencies when he turned on the kids.

“Everybody is just sad and under a lot of stress right now,” the boys’ cousin Devin West told WRAL.

He said Jaylen tried to save his younger brother’s life by fighting the dog off.

“His little brother had a machete or hatchet or something and got the dog off of him, but it was too late,” he said. “He got him by his neck and broke his neck.”

Family members say the dog died at the scene, possibly from a heart attack.

Sheriff’s deputies are investigating to find out what may have provoked the dog and whether charges will be filed.