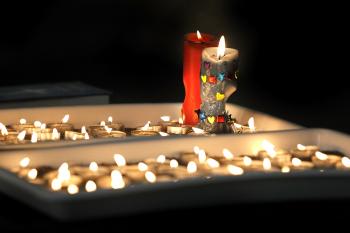 A nation in grieving comes to grips with the realisation that the 29 men trapped in the Pike River Coal Mine will never walk out alive.

Condolences have been flooding into New Zealand from overseas, expressing deep regret for the families and friends of the miners, who are believed to have died yesterday after a second explosion at 2.37 p.m .

Miners from South Africa, Australia and Britain are also among the dead.

The mine, which is located in heavily-bushed country near Greymouth on New Zealand's West Coast, filled with poisonous gas—namely methane and carbon monoxide—holding a large specialist rescue team at bay since Friday's initial explosion.

In a speech from the Beehive yesterday, Prime Minister John Key expressed sympathy for the miners' families, who had spent days of waiting only to receive the “cruellest of news,” he said.

As flags fly at half mast, the Prime Minister will be leaving for Greymouth today to show his support and sympathy for the families of the lost miners as well as the people involved in the rescue operation.

Grey District Mayor Tony Kokshoorn, the local community spokesman, said there had been an expectation among people, born of helplessness, that the rescue team organisers would perform a miracle.

"The only focus now … is on getting those bodies out of that mine, and handing them back to the loved ones," he said, according to TVNZ. "They won't feel there's closure here unless they're cuddling their loved ones again."

Amid the frustration felt in the local community there had also been anger expressed at the lack of action with the rescue effort.

The rescue team was preparing to enter the mine yesterday in a search and rescue operation shortly before the second blast occurred.

"All the people who said they should have just gone in anyway have just been shown why they shouldn't have gone in," Pike River Mine CEO said, according to NZPA. "The men underground I'm sure would have understood that."

John Key said an inquiry would be held into circumstances surrounding the tragedy.