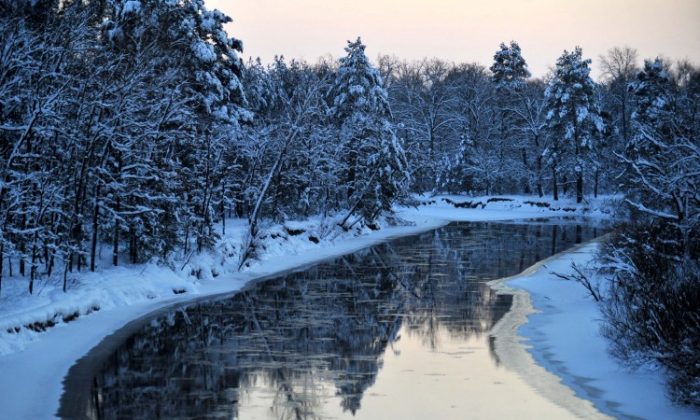 A communal worker cleans snow from sculptures adorning the roof of the 'House with Chimaeras' by architect Vladislav Gorodetsky (1863-1930) in Kiev on Dec. 17, 2012. (Supinsky/AFP/Getty Images)
Europe

In the past week, most of Europe experienced a cold snap and heavy snow, but Ukraine and western Russia suffered the brunt of harsh weather conditions, with near-Arctic-level temperatures. There have been reports of that at least 37 people died in Ukraine alone due to the weather.

Temperatures hit minus 23 degrees Celsius (minus 9 Fahrenheit) in parts of Ukraine, according to the Daily Telegraph.

In Russia, at least 45 people were killed due to the weather conditions, according to state broadcaster RT. Temperatures plunged as low as minus 50 degrees Celsius (minus 58 Fahrenheit) in some areas.

But other parts of Europe, namely Bulgaria and Belarus, were also not spared from the cold and snow.