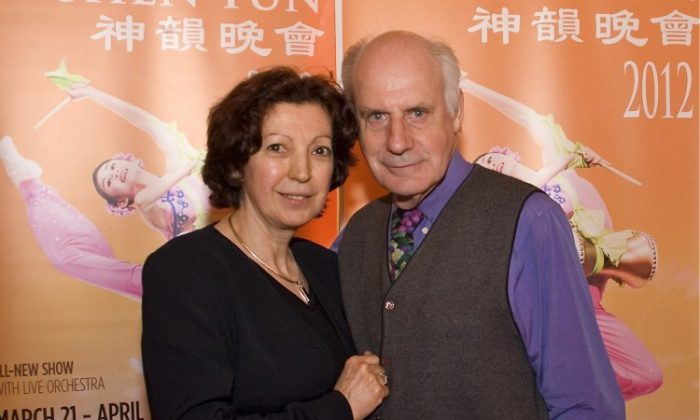 Photographer: ‘I don’t have words to really explain how beautiful it was’

WASHINGTON—Spring is in the air and magic is on the stage at the Kennedy Opera House in Washington, D.C. As soon as the curtain opens the audience is charmed by a spectacular scene of China’s glorious civilization—brilliant colors, exquisite costumes, magnificent scenery, orchestral music fit for royalty and heavenly dancers.

Shen Yun Performing Arts Touring Company is engaged to perform through April 1, in the district where the President resides and the country’s leaders meet.

Among the many attending Saturday’s matinee performance, March 24, was photographer Elza Daniel, originally from Brazil. She said: “The show is so beautiful. I want to recommend to all my friends … I have a group of 250 Brazilian women and I want to invite them to come over and see the show. I’m going to place this on Facebook because I want all my friends to come and see it. The show, the background … the special effect, is so, so beautiful! I felt … I was going to fly in there with them, just beautiful!”

Ms. Daniel said: “I was so engulfed in the beautiful, beautiful culture. Every country has their own culture—I have the American culture, the Brazilian culture and right now I see … the Chinese culture. It is very, very beautiful.”

Further adding: “You’re really caught in the action … you’re living the action, so it feels like I’m there,” said Ms. Daniel. “Everything is so incredible. I don’t have words to really explain how beautiful it was.”

Each year Shen Yun creates an all-new production complete with original choreography, musical compositions and costumes to express the ancient myths and legends of the vast regions of China.
Ms. Daniel easily related to the dances showcasing ancient martial arts, “because in Brazil, we too, have fights, and we have the capoeira, we have the taekwondo we have all kinds of martial arts.”

Shen Yun’s solo vocalists are internationally acclaimed and disciplined in the bel canto style of singing. The commanding voices of the sopranos and tenors singing of truth, benevolence and compassion fill the opera house.

Shen Yun’s singers express the divine nature of all beings and the importance of overcoming evil and returning to ones “true self.”