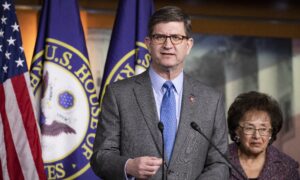 They’re near the top of the list when it comes to odd objects you may find washed up on the beach.

They’re also known by some as “devils’ purses.”

What are they? Shark eggs.

While they look scary, the items are actually made of collagen protein and are soft and leathery to the touch.

If you come across one on the beach, there will likely be an exit tear where the babies swam out. If not, the little ones inside are likely dead.

Did you know the Port Jackson shark is oviparous, meaning it lays eggs? I found this empty spiral egg washed ashore on Bateau Bay Beach this morning.

Not all of the cases look the same. Some are dark spirals.

Never saw #seaweed like this before #unusual #beachtreasures #beach #spiral

In the end, pretty cool.

Among the 9 orders of sharks, egg-laying can be found only in three.

“About 43 percent of sharks and rays—including skates, most cat sharks, and the nine species of horn shark—lay eggs rather than give birth to live young. California horn sharks lay about two every 10-14 days or so during the spring and summer (the stat is based primarily on aquarium research), and each contains one little embryo,” according to Science Daily.

It adds: “The packaging consists of a material similar to fingernails or hair and forms around a fertilized egg in the mother in an organ called the oviducal gland (sometimes referred to as the shell gland).”

“It’s unclear how that shape actually develops,” said Christopher Lowe, a marine biology professor who is in charge of the Shark Lab at California State University in Long Beach.