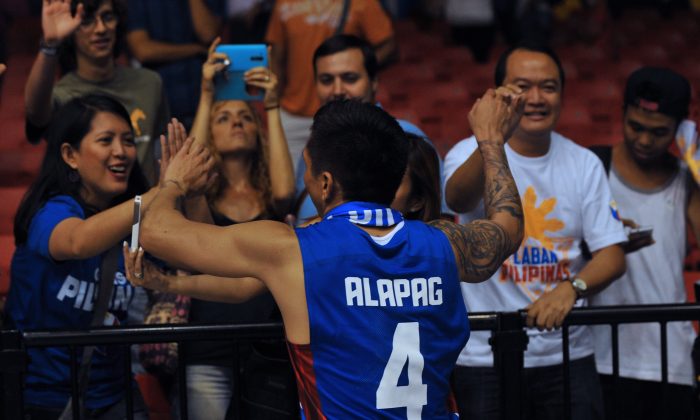 The Most Valuable Fan (MVF) Best Country award was bestowed upon the fans, FIBA announced on Sunday.

“As a tribute to the millions of basketball fans from the South East Asian team–playing in FIBA’s flagship event for the first time in four decades–a video was played during the halftime break of the Final,” FIBA announced.

The video, later posted on YouTube, shows a montage of Pinoy fans cheering on Smart Gilas throughout the games, and includes short clips of players making shots and coach Chot Reyes.

The Philippines went 1-4 during the FIBA World Cup but nearly stunned teams that were considered much better than them going into the tournament, including Croatia and Argentina.

If several other shots had gone in, Gilas could have easily advanced to the knockout rounds.

Though FIBA rules allow Blatch to play for the Philippines, rules from the Asian games organizating committe require three years of residency.

“What a shame,” Reyes told his followers via Twitter, while confirming that Marcus Douthit will be on the squad as the naturalized player.