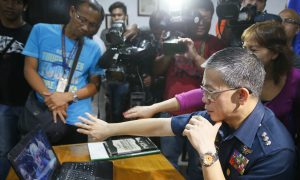 Video Surfaces in Abduction of Canadians in Philippines
0 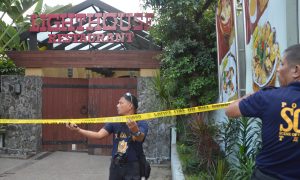 China to Take Custody of Chinese Couple in Philippine Shooting
0 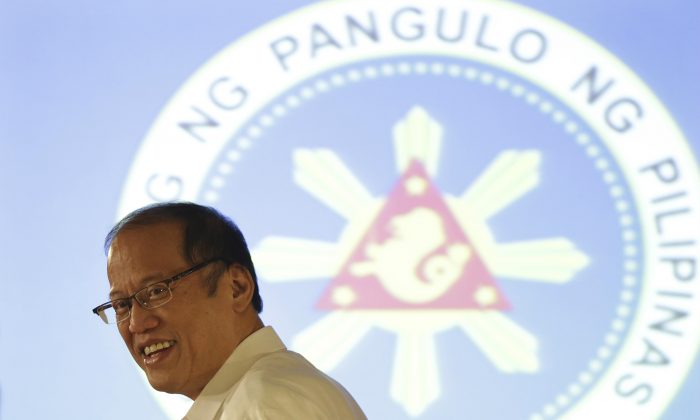 Philippine President Benigno Aquino III smiles after a press conference at the Malacanang presidential palace in Manila, Philippines, on Sept. 17, 2015. The anti-corruption campaign of Philippine President Benigno Aquino III has led to the arrest of a string of top officials, including three senators, a former national police chief and even his predecessor. But many prominent people arrested have evaded conviction and jail time, and some experts say Aquino’s campaign has had little wider impact, raising questions about his effectiveness in tackling this scourge that has plagued the country for generations. (AP Photo/Aaron Favila)
Asia & Pacific

MANILA, Philippines—The anti-corruption campaign of Philippine President Benigno Aquino III has led to the arrest of a string of top officials, including three senators, a former national police chief and even his predecessor.

But a few prominent people who have been indicted have evaded jail time and are in no danger of imminent conviction. Some experts doubt Aquino’s campaign has had wider impact and question his effectiveness in tackling the scourge that has plagued the Southeast Asian nation for generations.

Although corruption remains entrenched, Aquino has made progress by several measures, improving the country’s image among international investors.

The Philippines’ ranking in the World Economic Forum’s Global Competitiveness Report, which analyzes various factors, including corruption, rose to 47th out of 140 economies from 87th among 133 before Aquino took office in 2010. Corruption, previously the top problem, dropped to third behind an inefficient government bureaucracy and inadequate supply of infrastructure, it said.

In Transparency International’s Corruption Perception Index, a widely used yardstick, the Philippines rose to 85th out of 175 countries last year from 134th place out of 178 in 2010.

And corruption cases against “high ranking officials and their cohorts” jumped from 189 in 2009 to 961 in 2013, the most in 18 years, according to Ombudsman Conchita Carpio-Morales, who prosecutes state employees and officials involved in graft. More than 400 more cases were filed last year.

“This president has walked his talk,” said Peter Angelo Perfecto, executive director of the Makati Business Club, an influential group of millionaire CEOs that has championed good corporate governance and clamping down on corruption.

Others say Aquino’s efforts were spotty and that he failed to target many others, leading them to conclude he only went after his rivals.

Ramon Casiple, a prominent political analyst, said Aquino’s campaign “hardly made a dent” because it targeted mainly high-profile opponents and held back on members of his own party, friends and associates.

Casiple praised the arrest of former Senate President Juan Ponce Enrile. He was one of three senators arrested on plunder charges for allegedly receiving huge kickbacks in a scam to divert hundreds of millions of pesos (millions of dollars) from state anti-poverty and development funds.

“That was really an accomplishment,” he said. “But when (the arrests) stopped, that’s when the questions came out.”

Surveys show that while the web of corruption has shrunk some, it remains fairly common.

In a recent survey of business executives at nearly 1,000 companies, 32 percent of managers said they had personal knowledge of corrupt transactions with the government, down from 44 percent in 2007. The survey was done by independent pollster Social Weather Stations in face-to-face interviews.

Aquino swept to office with the campaign battle cry, “Where there is no corruption, there will be no poverty.”

His first executive order was to establish a “truth commission” to investigate his predecessor—and former economics professor—Gloria Macapagal Arroyo for corruption during her 2001-2010 administration, but this was aborted by the Supreme Court.

Politicians previously regarded as “sacrosanct, beyond the reach, above the law, and everybody, has been made to account and is still being made to account, including my immediate predecessor,” Aquino told foreign correspondents last month.

“The political will was exercised to achieve the common good,” he said. “We did not lose sight of the main promise, which was to make government accountable to the people and more transparent.”

Aquino showed he was serious by appointing capable people to key posts in government watchdog institutions such as the ombudsman, the Commission on Audit and the judiciary, particularly the Supreme Court, said Vincent Lazatin, executive director of Transparency and Accountability Network.

Arroyo was arrested for rigging the 2007 senatorial elections and was later charged with plunder for the misuse of $8.8 million in state lottery funds. She was also accused of graft for pushing a now-botched $329 million deal with a Chinese telecommunications company. She has been granted bail for the graft and election cases, but remains detained on the plunder charge in a government hospital where she is under treatment for a neck bone ailment.

Even if she is convicted, Arroyo could still escape punishment via presidential pardon. For example, former President Joseph Estrada, who was ousted in a military-backed popular revolt in 2001 and succeeded by Arroyo, his vice president, was convicted and sentenced to prison after a six-year trial on plunder charges, only to be pardoned by Arroyo.

Aquino’s congressional allies did impeach Supreme Court Chief Justice Renato Corona and former Ombudsman Merceditas Gutierrez, both Arroyo appointees. Corona was convicted on charges of not disclosing $2.4 million in his bank accounts, removed from his position and barred from holding any public office. He still faces perjury and tax evasion charges.

Unlike Corona, Gutierrez resigned, effectively avoiding a Senate trial and conviction. Aquino said she “played blind” to scandals under Arroyo, while Corona “seemed to have a bias for the one who appointed him.”

Dozens of other officials and private individuals have also been charged or are under investigation in connection with the scam to skim off up to 10 billion pesos (about $215 million) in government funds for pro-poor projects from 2007 to 2009.

The president has acknowledged that “there are still instances of corruption,” and says that it’s a long battle to be waged by everyone.

Lazatin warned that Aquino’s nascent reforms could easily be set back by a new leader who is “less than sincere” about fighting graft.

The most “glaring hole” in Aquino’s anti-corruption drive was a lack of a strong push for a Freedom of Information legislation, which would have served as a good governance measure and a major institutional deterrent to graft by allowing the media and the public to “know how the government uses its finances,” Lazatin said.

“We’re deluding ourselves,” he said, “if we think any of these reforms will take root in a single Aquino administration.”