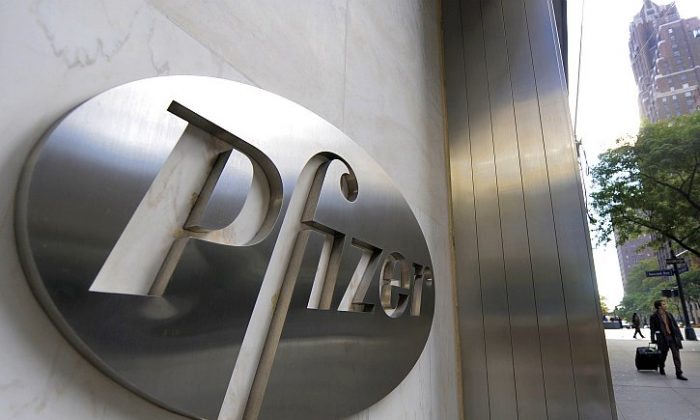 Tax evasion has turned into a favorite pastime for many a wealthy individual or global corporation. Many hire top-notch accountants familiar with international movements of money and are not averse to paying a bundle to find a foreign tax shelter or a way to skirt existing U.S. tax laws.

Large corporations and the rich take advantage of the safety, infrastructure, and existing laws of a country, such as the United States, without paying for it. After all, there are plenty of ordinary U.S. citizens and small corporations paying their fair share of taxes to provide for the privileges enjoyed by those who don’t pay taxes.

“We estimate that the amount of funds held offshore by individuals [worldwide] is about $11.5 trillion—with a resulting annual loss of tax revenue on the income from these assets of about 250 billion dollars,” according to a short report posted on the Tax Justice Network website.

Latest Victim of the Hunt for Tax Evaders

In a May letter to Pfizer, published on the SEC website, the SEC asked Pfizer’s chief counsel for corporate governance to “please provide us proposed disclosure to be included in future periodic filings that explains why your domestic operations produced pre-tax losses of $2.2 billion and your international operations produced pre-tax earnings of $15.0 billion in 2011.”

The letter points to Pfizer’s domestic revenue of $26.9 billion and $ 40.5 billion of foreign revenue, raising the question of why 40 percent of its profits were from sales in the United States, while pre-tax losses were $2.2 billion.

According to an article on the Wall St. Cheat Sheet website, “by placing profit in low-tax jurisdictions overseas, Pfizer has been able to cut its tax rate.”

The SEC asked that Pfizer include in future periodic SEC filings detailed information about foreign investments in any country, “particularly those experiencing significant economic, fiscal and/or political difficulties.”

On the other hand, Pfizer must refrain from providing any information that is not required under the Securities Exchange Act of 1934 and all applicable Exchange Act rules in any future filings.

The SEC suggests that Pfizer is responsible for the truthfulness of its filings with a pre-emptive statement: “The company may not assert staff comments as a defense in any proceeding initiated by the Commission or any person under the federal securities laws of the United States.”

“Employees of Pfizer’s subsidiaries authorized and made cash payments and provided other incentives to bribe government doctors to utilize Pfizer products,” according to an Aug. 8 SEC litigation release on the SEC website.

Pfizer Inc.’s subsidiaries, including Wyeth LLC (owned by Pfizer since October 2009), were charged with bribing foreign officials in a number of countries, including Bulgaria, Italy, Kazakhstan, and Russia, in order to stay a step ahead of competitors.

The SEC levied a fine of about $45 million, and the U.S. Department of Justice (DOJ) levied an additional $15 million for violation under the Foreign Corrupt Practices Act. Wyeth did not deny or admit guilt as charged.

“Pfizer (NYSE:PFE) has seen its stock under-perform … as the company continues to struggle with various lawsuits and complaints. … Our price estimate for Pfizer stands at $25,” according to a July 10 stock performance analysis on the Trefis website.

Pfizer has been taken to court by retailers for anti-competitive conduct, accused of delaying the generic release of Lipitor, its cholesterol-lowering drug, which lost its patented status in November 2011.

Trefis suggested that Pfizer will survive all its challenges stating, “Pfizer’s dividend yield of more than 4% is attractive, and we expect the stock to move closer to its fundamental value of around $25, by our analysis.”

“Over the past two decades, large pharmaceutical companies relied on a sales and marketing approach aimed at prescribers in the world’s largest markets—the United States, Europe, and Japan,” Booz & Co. suggests in a December 2011 report.

The pharmaceutical growth model allowed research and development divisions to develop many drugs that allowed these companies to earn large profits. However, blockbuster patents that earned the pharmaceutical company close to $1 billion a year are expiring, and the competition is ready to flood the market with generic drugs.

A long list of expiring or expired drug patents between 2010 and 2021, compiled by Medco Health Solutions, can be found on the Internet.

“The years 2011 and 2012 are critical for the industry, given the sheer value of drugs going off-patent. Drugs worth USD 12 billion will go out of patent by the end of 2011. In 2012, that figure will balloon to USD 30 billion plus in annual sales,” an October 2011 post on the IHS Healthcare and Pharma blog advises.

“While the industry faces serious problems, companies can survive and thrive if they adopt highly differentiated strategies. Differentiation goes beyond a shift from ‘me too’ products to novel breakthroughs,” a Booz & Co. December 2011 report suggests.

Pharmaceutical companies on the losing end of blockbuster drug development are considering the merger and acquisition (M&A) method for growth. However, they are less interested than in 2011, according to mid-2012 survey results by KPMG LLP. Close to 50 percent of executives suggested they would allocate the highest funds to innovative development and 41 percent were considering M&A.

“Pharmaceutical executives are struggling to grow revenue in the face of pricing and regulatory pressures, including fines, taxation, fees and reporting requirements. This is an especially difficult business environment, with no clear single path forward,” said David Blumberg, partner at KPMG, in its June survey release.