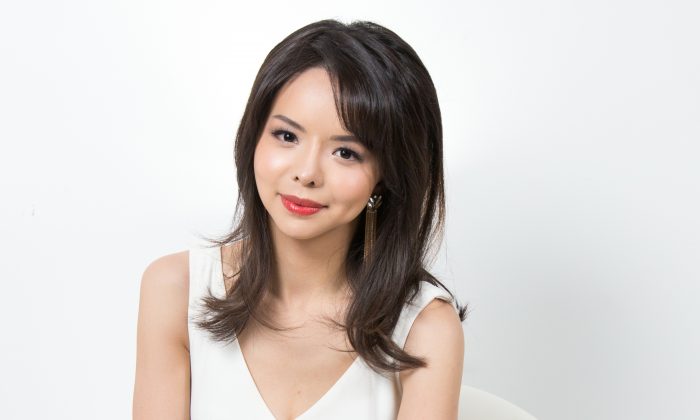 Anastasia Lin, Miss World Canada, should be in China right now, competing for the Miss World Title. But she isn’t. She never received her invitation letter from China—the one issued to every other contestant—so she couldn’t apply for a visa.

Her supporters have started a petition on change.org aimed at Chinese leader Xi Jinping asking him to intervene to let Lin into the country.

Lin needed the invitation letter by Friday, Nov. 20, to make it to Hainan Island, the site of the competition, in time or she’d be disqualified. Of course, in extenuating circumstances exceptions can be made, but time is running out, which is the reason for the 11th-hour signature campaign.

The petition letter asserts that Lin has been excluded because she’s been a vocal critic of human rights abuses in China.

The Chinese-born actress was crowned Miss World Canada in May on the promise to “be a voice for the voiceless.” And it’s a promise she has kept.

“Ms. Lin is being discriminated against because she has spoken out about human rights abuses in China, including the persecution of Falun Gong, a meditation practice that has been persecuted in China since 1999,” reads the letter.

The letter mentions how her father in Changsha, China, was visited by state security personnel shortly after she won the beauty pageant in Canada. Before the visit, he had told his daughter how proud he was of her accomplishments. After the visit, he told her to stop speaking about human rights.

“My dad was really scared. He said, ‘You must stop what you are doing now, otherwise we will just go our separate ways.'” Lin told Epoch Times at the time. Lin and her father haven’t been able to speak openly since.

We ask you allow Ms. Lin to travel to China immediately and participate in the Miss World final
— Change.org petition to Chinese leader Xi Jinping

Yet Lin refuses to be intimidated. She publicly exposed the pressure her father received and in July, she even testified before the U.S. Congressional Executive Commission on China at a hearing on human rights abuses in that country.

Her view is that to give into the Chinese regime’s pressure is precisely what perpetuates that behavior.

“If it works on me, it will work on other people,” she previously told Epoch Times. “The more time that this kind of tactic works on people, the more they will apply it.”

The petition urges Xi Jinping to do the right thing if China wants to be respected internationally.

“If China aspires to be a responsible member of the international community it should behave according to the standard of that community, including respecting basic freedoms and different viewpoints.”

The letter concludes with a direct appeal to Xi to intervene on Lin’s behalf:

“We ask you allow Ms. Lin to travel to China immediately and participate in the Miss World final on December 19, 2015. We also demand you abandon any attempts to intimidate her family members.”