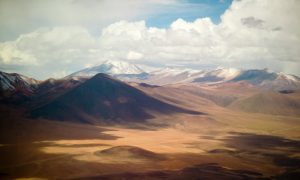 In an effort to kickstart slowing investment in mining and fossil fuels, Peru has passed a controversial new law that overturns many of its environmental protections and essentially defangs its Ministry of Environment. The new law has environmentalists not only concerned about its impact on the country—60 percent of which lies in the Amazon rainforest—but also that the measures will undermine progress at the up-coming UN Climate Summit in December, which Peru is hosting.

The new law, signed by President Ollanta Humala earlier this month, is thorough in its application. It significantly reduces most fines for environmental damages, forces environmental impact studies to be done in just 45 days, and will allow mining and fossil fuel exploitation in any newly-formed protected areas.

“We consider these measures as a serious pullback for Peru in the environmental field. We urge the Peruvian government to reconsider and withdraw this initiative,” wrote over 100 local and international environmental groups in a letter protesting the new law.

The law also undercuts the Ministry of Environment, which was only established in 2008, by no longer allowing the ministry to set standards for air, soil, and water quality. Not surprisingly, the head of the ministry, Manuel Pulgar-Vidal, voted against the bills.

Yet, Peru continues to be roiled by entrenched conflicts between local communities and mining and oil companies. Indigenous people in the Amazon have protested oil exploration and exploitation in their traditional territories for decades, while many Andean communities have campaigned against ever-expanding mines.

Conflicts have even turned violent. In 2009, a protest against a new law opening up vast areas of the Amazon to logging, mining, and fossil fuel exploitation ended in the deaths of 23 police officers and at least 10 indigenous protestors. The law that spurred the incident was eventually overturned and the president who championed it, Alan Garcia, was voted out of office. His replacement, Humala, was elected with hopes—and promises—that he could better mitigate the conflict between multinational industries and local communities.

In fact, environmentalists were heartened by some developments in Peru since Humala’s election. For example, last year Peru declared a state of emergency due to decades of oil pollution in the Pastaza River in the Amazon. This state of emergency, which compelled oil giant Pluspetrol to clean-up the area, was only brought about by the Ministry of Environment’s nascent soil and water standards, which the new law axes.

The Associate Press reports that Peru enacted the law in response to its slowing economic growth, which dropped from 6.3 percent in 2012 to 5 percent last year. The Latin American country is heavily dependent on mining and fossil fuels. Currently, mining makes up about 60 percent of exports, with gold accounting for around a third of that. Meanwhile about 70 percent of the Peruvian Amazon has been auctioned off to oil companies for exploration.

Critics of the new law also fear its ramifications could spread beyond Peru.

“In the context of the global climate crisis, where concrete and urgent actions are required, this newly proposed law sends a very bad signal which is made even worst considering Peru’s role as COP [Conference of the Parties] 20 President,” wrote the environmental groups. “This proposed investment law rewards those parties who do not comply with current environmental rules in Peru.”

One of the responsibilities of holding the current presidency of the UN Framework Convention on Climate Change’s Conference of the Parties—which moves from country to country every year—is hosting the annual climate change summit in December of this year. Hopes have been rising for the conference as it paves the way for a new agreement in Paris in 2015. But as host, Peru could have considerable sway over the outcome of this year’s conference. Recent hosts, Poland and Qatar, have both been criticized for not doing enough to push ambition at summits over the past two years.

“We are at a crucial moment when Peru is required and expected to step up and show consistent and coherent leadership to develop environmental policies in the face of climate change,” the environmental groups wrote.

A few days after the new law passed, Pulgar-Vidal, the Environment Minister, said the country was on track for a bold summit.

“We have received a good signals and strong political support,” he told summit delegates in Petersburg. “Our main goal is to have a strong focus and draft agreement, it’s the only way to move towards a strong COP in Paris.”