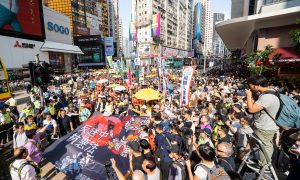 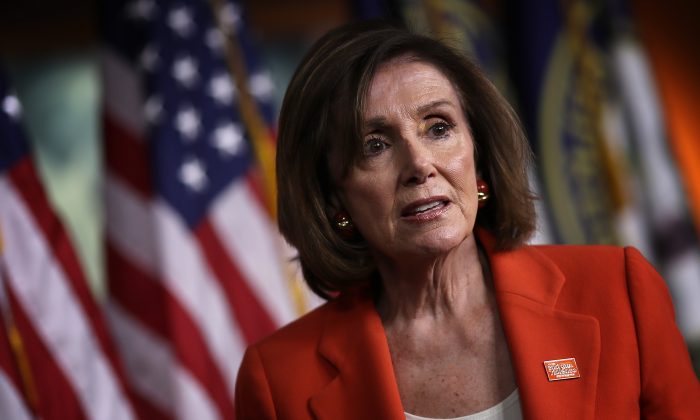 Pelosi: US May Have to Review Hong Kong’s Trading Privileges if Extradition Bill is Passed

She also expressed support for Hong Kong protesters who have flooded the streets over concerns that the bill will allow the Chinese regime to further erode the city’s autonomy.

The proposals, first made in February, would allow mainland China to seek extradition of suspects wanted by the Chinese regime. A broad opposition has since emerged, arguing that given the Chinese regime’s disregard for the rule of law, the changes could allow Beijing to charge and extradite its critics with impunity.

Pelosi (D-CA) said in a statement on June 12 that if the bill passes, Congress would have “no choice but to reassess whether Hong Kong is ‘sufficiently autonomous’ under the ‘one country, two systems’ framework.”

Britain handed rule over Hong Kong to the Chinese regime in 1997, with the express guarantee that the city would retain extensive autonomy and freedoms, including a separate legal system and freedom of speech—a policy known as “one country, two systems.”

Since the city’s reversion to Chinese rule, the United States has dealt with Hong Kong as a separate entity distinct from China in matters of economics and trade. The arrangement is enshrined in the U.S.-Hong Kong Policy Act, passed in 1992 to address the relationship after the handover.

Those areas of special treatment for Hong Kong include visas, trade, and investments.

Under the Act, the president may, by executive order, suspend this arrangement if the president deems that Hong Kong is “not sufficiently autonomous” to justify special treatment.

Earlier on June 10, a spokesperson of the U.S. State Department warned that “the continued erosion of the ‘One Country, Two Systems’ framework puts at risk Hong Kong’s long-established special status in international affairs.”

Meanwhile, Pelosi said in her statement: “The China-controlled Legislative Council’s proposed extradition bill chillingly showcases Beijing’s brazen willingness to trample over the law to silence dissent and stifle the freedoms of the people of Hong Kong,” Pelosi said.

She expressed concerns that the extradition bill would “legitimize and legalize the kidnapping of businessmen, booksellers and anyone that China disagrees with, and imperils the safety of the 85,000 Americans living in Hong Kong.”

Pelosi added that she looked forward to new legislation being introduced in the coming days by U.S. Senator Marco Rubio, and her colleagues Reps. Jim McGovern (D-MA) and Chris Smith (R-NJ)—called the Hong Kong Human Rights and Democracy Act.

McGovern said in a tweet on June 12 that the legislation would “reaffirm U.S. commitment to human rights and the rule of law at a time when Hong Kong’s autonomy is imperiled by Chinese [government] interference.”

5/5 This week I will join @marcorubio & @RepChrisSmith in introducing the “HK Human Rights & Democracy Act” to reaffirm U.S. commitment to human rights & the rule of law at a time when Hong Kong’s autonomy is imperiled by Chinese gov’t interference & a revised #ExtraditionLaw.

Protests in Hong Kong escalated on June 12, after tens of thousands of demonstrators gathered outside the city’s legislature on June 12. Police fired rubber bullets, tear gas, and pepper spray in a series of skirmishes to clear demonstrators from the complex.