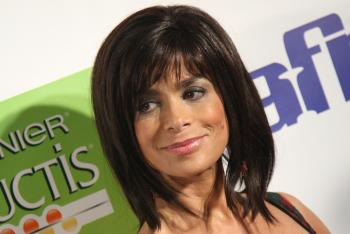 By Shahrzad Noorbaloochi
Print
Paula Abdul has been announced as a judge for the new CBS show "Got to Dance."

Nigel Barkerm, a primary judge and executive producer of Fox’s "So You Think You Can Dance?," had an open seat for Paula to appear as a judge on his show. Paula did him one better and decided to produce a dance show of her own.

Signing on as the primary judge, training instructor, and the executive producer of the show, Abdul is expressing great optimism about the show.

“Each and every week we’ll showcase the challenges and successes of a fantastic group of dancers, as they perform and compete — compelling stories, exciting competition and amazing dance performances are guaranteed,” said Abdul in a press release.

Having left her position as a judge on American Idol, everyone had been anticipating Abdul’s next career move. According to the Hollywood Reporter, Abdul’s show may be released fall mid-season, which would put it in a prime position to compete with Idol, which will for the first time be without Simon Cowell.

“Got to Dance” is an American version of a British dance competition show, which, according to the Hollywood Reporter became one of the country’s top-rated premium network series.