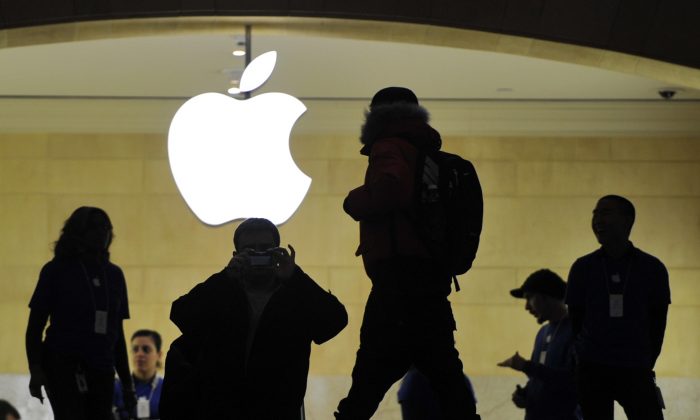 “Patent trolling,” a practice estimated to have cost innovators over $500 billion since 1990, is mainstream and everybody from Google to Apple is suffering from it.

The Public Policy Institute (PPI) weighed in Tuesday stating progressives should be leading on this issue.

“Patent trolling is sucking the life blood of innovation out of the American economy,” said attorney Phil Goldberg, who authored a paper for PPI on “stumping” patent trolls.

A “patent troll” or “non-practicing entity” (NPE) is basically a company with no assets or operations that purchases dormant patents in order to sue companies developing similar technologies. There’s virtually no risk for the NPE, as no proof of infringement or intention of infringement on the NPE’s patent is required. But litigation costs for the defendant average over $1 million—which makes the proposed settlement in the six-figure zone sound more economical, even if the defendant did nothing wrong.

Because an overly specific patent can result in a developer’s idea being copied with very minor tweaks, patents tend to be vague in general. The ones NPEs go for can be vague to the point of covering “an information machine [at] a point of sale location,” to name just one example. Patent troll E-data used this patent to collect millions of dollars from e-commerce companies according to the Washington Post.

Apple Inc. and Google Inc., obtained over a thousand patents each in 2012. They also spent more on legal fees battling patent trolls than on research and development last year according to the New York Times. As of August, Apple had 171 NPE lawsuits ongoing, the most of any operating company.

Legislators on various levels have gotten involved this past year, but NPEs don’t seem to be impressed.

Last week a judge in East Texas, an area which has become notorious for patent litigation in the past years, threw out Apple’s challenge against NPE Lodsys. Apple stepped in when Lodsys sued a handful of iOS developers, who all settled with the NPE.

Apple provides technology to include a “pay to upgrade” option in applications to its developers. Apple licensed this patent from Intellectual Ventures Management LLC, and says the license should also cover its developers.

“[A]nything short of an unconditional promise by Lodsys that it will not assert infringement claims against Apple or its customers is insufficient to render this dispute moot,” Apple wrote in its motion.

However, the judge dismissed Apple’s motion because all of Lodsys’s targeted developers have settled. Lodsys also targeted 20 other developers earlier this year. Meanwhile, Intellectual Ventures, which sold the patent to Lodsys, is seeking $3 billion in funding for 20 years to purchase more patents and patent licensing rights. The company, which states it has a mission to “ensure a market for invention continues to thrive,” owns 70,000 patents according to the Washington Post.

But while Apple lost its chance to fight back, Martha Stewart Living Omnimedia Inc. (MSLO) has chosen to fork over litigation fees rather than settling with Lodsys. Last week the company filed a complaint in a federal court after Lodsys claimed four of its applications infringed on four patents, which Lodsys offered to license at $5,000 apiece.

“Based on our review, we have concluded that none of the four Martha Stewart iPad applications … practices any claims of any of the four patents,” MSLO stated in the complaint.

Legislation is crucial, but in a way that keeps the “good part in tact” Goldberg says. President Barack Obama spoke out against patent trolling earlier this year in February, and in June a White House task force issued five executive actions and seven legislative suggestions against patent trolling. Congress also has six bills targeting patent reform underway. On the state level, Vermont and Minnesota have enacted “anti-troll” legislation as well.

Most legislation proposed include having the loser responsible for all litigation fees, and other ways of taking the risk  off the defendant.