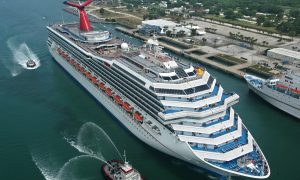 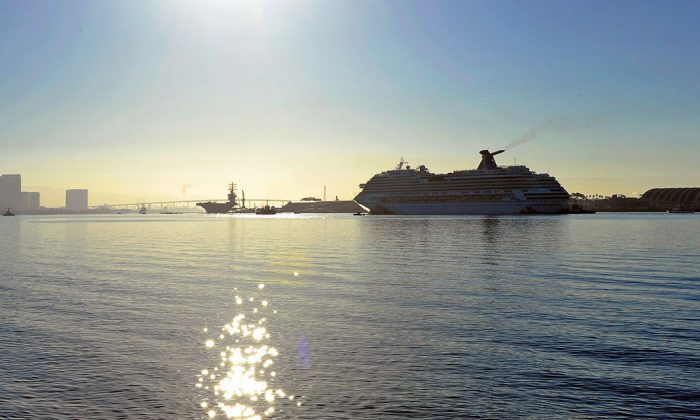 A Florida gaming and entertainment company is being sued after a cruise ship passenger from Texas suffered a fall on May 20, 2017.

Cruises to Nowhere LLC in Jacksonville is facing legal action after Harris County resident Michelle Wilson accused the company of negligence in a complaint filed at Galveston County District Court on June 6, 2019.

According to court documents obtained by the SE Texas Record, the woman had been walking aboard Cruises to Nowhere’s Jacks or Better 1 vessel toward the gambling center when she slipped and fell on the deck.

At the time the boat was crossing federal waters where gambling is permitted aboard the vessel. The Jacks or Better 1 vessel is used for casino-themed sea journeys. Passengers board the ship and wait for it to cross federal waters where they can gamble in the casino area without violating any U.S. laws.

Wilson claims the deck was “hazardous,” moist, and lacked suitable non-slip coating to prevent her from suffering severe and long term injuries that will impair and cause distress for the rest of her life.

“[The injuries caused] pain and suffering, physical impairment, mental anguish, disfigurement, and loss of enjoyment of life,” the court document said, according to Newsweek.

Texas woman claims cruise ship fall as she was walking to onboard casino caused lasting and severe injuries https://t.co/HtZSeAsJ36

She also claims the injuries affected her ability to earn an income, and medical treatment incurred additional expenses.

The court document suggests Cruises to Nowhere could have prevented Wilson’s accident by performing proper maintenance and inspection of the boat.

The defendants are also accused of failing to warn passengers the floor was slippery.

The woman is seeking a trial by jury and hopes to receive between $200,000 and $1 million in compensation plus court costs, medical fees, and all other just relief.

Pierce Skrabanek Bruera PLLC is dedicated to helping victims of injury. We will fight for you. #personalinjury #attorneys #MaritimeIndustry

Another cruise ship passenger has filed a similar complaint in Florida. Luis Barrios sued multinational carrier Carnival Corporation after suffering a fall on the steps of a luxury liner.

He claimed a crew member quickly pulled him and his companion along a flight of stairs, causing both passengers to fall. His injuries were so severe he allegedly needed surgery on his spine.

Two other passengers separately died of “unrelated natural causes” aboard a Royal Caribbean cruise ship in May. They allegedly died during a four-night voyage from Singapore.

Royal Caribbean extended its “most sincere condolences” to the passengers’ families, and “was providing them assistance during this difficult time” according to Newsweek.