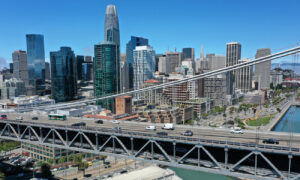 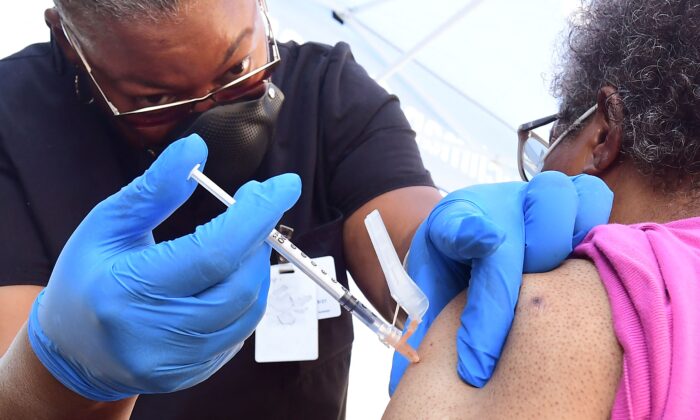 Pasadena Will Require City Workers To Be Vaccinated Against COVID-19

PASADENA, Calif.—Pasadena is poised to become the first Southland city to require all of its municipal workers to be vaccinated against COVID-19 once one of the vaccines receives full approval from the Food and Drug Administration.

City spokeswoman Lisa Derderian said about 60 percent of the city’s 2,000 employees have attested to being fully vaccinated so far.

“However, given the ongoing risk posed by COVID-19, the upward trend in positive cases and the Delta variant, a vaccine policy is the right thing to do to foster a safe work environment and protect the health and safety of city of Pasadena employees and the public we serve,” Derderian said in a statement.

“… The City of Pasadena would be the first city to initiate this policy in Southern California and follows similar announcements by the University of California system, Cal State system and city and county of San Francisco who recently announced similar policies,” she said.

The UC system announced last week it will require all students and staff to be vaccinated before they are allowed to return to in-person activities at UC facilities—regardless of whether any of the vaccines
receive full FDA approval.

All of the current COVID vaccines in the United States are being administered under an “emergency use authorization,” but none have yet received full approval. There was no immediate timeline on when any of the vaccines might receive full approval.

Pasadena, which has its own health department, also announced July 19 that it would align with the Los Angeles County Department of Public Health and require people to wear masks in indoor public settings regardless of vaccination status.

“Due to significant increase in case rates over the past three weeks, Pasadena Public Health department director and health officer Dr. Ying-Ying Goh will issue a health officer order requiring face masks indoors, regardless of vaccination status, in public settings and businesses,” the city tweeted July 19.

“The order will be finalized and posted this week. While Pasadena’s case rates were lower than LA County’s last week, weekend case rates continued to climb.”

Long Beach, which also has its own health department, announced last week it would also align with the county’s indoor masking order, which took effect July 17 at 12:59 p.m. The county’s order was prompted by rising case numbers, which officials say are being fueled by the infectious “Delta” variant of the virus spreading rapidly among unvaccinated residents.

The mandate means customers are again required to mask up when entering any indoor public establishment, including retail shops, grocery stores, restaurants and workplaces. Indoor dining remains open, but customers must remain masked while they are not eating or drinking.

There are nearly four million county residents who have not been vaccinated, including 1.3 million children who are ineligible for the shots.

According to Pasadena’s July 19 announcement on masking, “Pasadena now meets the CDC’s definition of `substantial transmission’ of COVID-19. Dr. Goh continues to urge the public to #GetVaccinated. COVID-19 vaccines are safe, effective, and available at no cost.”

City health officials reported 51 new infections between July 17 and July 19, but no additional deaths. In all, Pasadena has reported 11,558 cases of COVID-19 and 351 deaths.