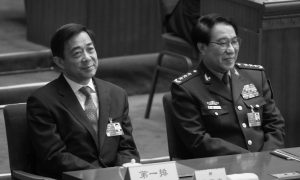 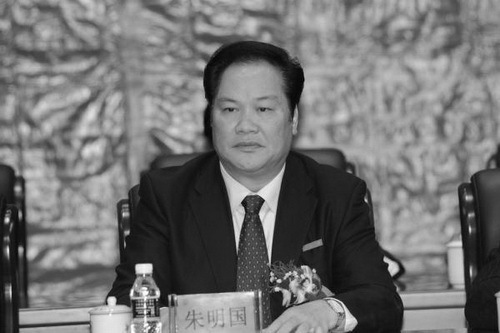 Zhu Mingguo, former chairman of the Political Consultative Conference of Guangdong, was put under investigation for “severe violations of discipline and law,” state media reported on Nov. 28, 2014. Hong Kong media purported to reveal the details of that investigation. (Screenshot/Sohu.com)
China

The former head of the Communist Party’s political advisory body in southern China’s Guangdong Province was placed under investigation for corruption at the end of November, and a Hong Kong magazine is now reporting what it says are some of the fruits of that process: the man had over a dozen fake passports, a large collection of property, cash, and art, and a good helping of gold coins.

Zhu Mingguo, the former chairman of the Political Consultative Conference of Guangdong, was put under investigation for “severe violations of discipline and law,” state media said on Nov. 28.

Hong Kong magazine Trend reported in its December edition that Zhu was arrested while in the waiting room at Baiyun airport in Guangzhou, the capital of Guangdong Province. He was supposed to travel to Henan Province for a business trip, but investigators found air tickets going to Australia with a connection in Thailand in Zhu’s bag, the report says. Investigators thus concluded that he may have been planning to flee to Australia that day.

Reports about the extent of Zhu’s corruption were carried widely in the Chinese domestic press.

After Zhu’s detention, his offices and residences in Guangzhou, Zhuhai, a city across from Macau, Sanya, in Hainan Province, were searched. That’s when investigators allegedly found the 14 fake passports, the report says.

A number of guns were also found in Zhu’s houses, the report says. Gun controls are extremely strict in China, and usually only state security officials and military personnel have access to firearms. But Zhu had five pistols and 200 bullets in his houses.

He also had 17 bank accounts in nine banks, 15 of them opened under his fake names. Some of the books for bank accounts for found in toilet cisterns, Trend says. Nearly $9 million in currency, including Chinese yuan, U.S. dollars, Swiss Franc, and Hong Kong Dollars, were in the accounts. There was also $436,884 in state bonds, and over 1,300 gold coins—a total of 870 oz, or just over $1 million—were also found. The coins were hidden under the floor, just like in the movies.

Zhu had seedier tastes: like the nearly 300 pornographic DVDs and over 130 nude magazines and posters that investigators reportedly found.

Rumors of Zhu’s corruption have been a matter of speculation for months. He was previously the secretary of the Politics and Law Committee in three provinces—Hainan, Chongqing, and Guangdong—and reportedly had close ties with the former security chief Zhou Yongkang, who is also under investigation.

As a powerful official in the state security system over the past decade, Zhu was a close follower of Zhou Yongkang and former Party leader Jiang Zemin, particular in their violent campaign against the traditional spiritual practice Falun Gong. Millions of Chinese who practice the discipline have been abducted and persecuted for their faith, and evidence compiled by Falun Gong human rights groups indicate that thousands have been tortured to death. As head of the public security bureau in Chongqing City from 2001 to 2006, Zhu was listed multiple times as a chief offender by human rights groups who track the persecution.