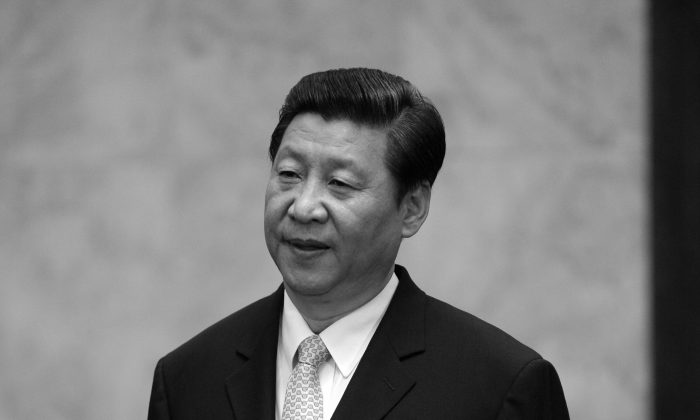 Xi Jinping in the Great Hall of the People in Beijing on June 14, 2013. Xi has been placing cadres associated with the Communist Youth League in local posts across China. (Goh Min Chin/AFP/Getty Images)
China

In a bid to ensure that his edicts are actually carried out across the country, the new leader of the Chinese Communist Party, Xi Jinping, is dropping into a range of key local positions cadres from the central government, in effect quietly uprooting part of the network built up by previous leader Jiang Zemin, while relying on Communist Party officials allied with the Youth League, the power base of immediate former leader Hu Jintao.

“These newly-appointed officials have a better understanding of central government’s policies,” said Wu Junfei, a researcher with the Tianda Institute in Hong Kong, speaking to Taiwan’s Central News Agency.

As of the end of May, almost 20 percent of the 591 senior local officials in 31 provinces were “parachuted in” from Beijing, according to Southern Weekend.

For the first time in decades, half of the provincial governors had backgrounds in the central government, and most were put into place late last year, according to the South China Morning Post.

According to an announcement by the Organization Department of the CCP on June 27 that 816 cadres were “elected” into leadership roles in China’s provincial-level rubber-stamp legislatures and political advisory bodies since the beginning of the year.

Xi Jinping, who has been the General Secretary of the CCP since last November, and the Chairman of the People’s Republic of China since March, has a limited corps of Party officials loyal and known to him, so it has been a priority to find recruits, bolstering what Wu, the researcher, calls the wish for a “powerful government,” which is driving the reshuffle.

“Only 35 to 40 percent of all provincial and local government agencies properly enforce, execute and implement policies and regulations and measures that have been issued by the central government,” said Li Keqiang, the new premier, according to Hong Kong’s Cheng Ming Magazine in early May. The Hong Kong political press regularly carries insider reports of what top Chinese officials have said, though they are often impossible to verify.

Southern Weekend said that the Central Committee of the Communist Youth League has played an important role in breeding new leaders; and compared to 51 other central departments, it has more officials transferred out during this reshuffle.

The Youth League is the power base of former Party head Hu Jintao.

Given that Xi does not yet have a large network of his own people, he has resorted to using the Youth League, according to current affairs commentator Lin Zixu, who spoke to New Tang Dynasty Television. “He is only comfortable with people associated with Hu Jintao and Wen Jiabao,”” Lin said.

Lin added that Jiang Zemin, the former leader before Hu Jintao, over the years deployed many of his people who developed their own local power bases, and that controlling this group “has become a necessity.”

In a meeting of the Politburo, which runs the Communist Party, held from June 22 to June 25, Xi urged Politburo members to take the lead to “safeguard the authority of Party Central,” state media China Central Television reported.