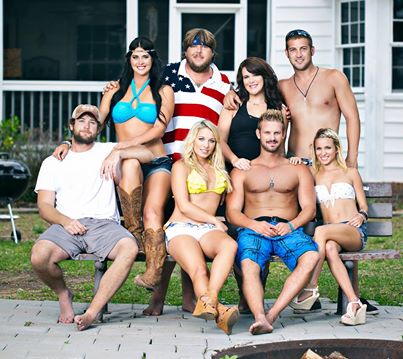 Party Down South Season 2: CMT Show to Return, But With New Cast?

Party Down South will return to CMT for a second season–it is the most popular show on the network, ever–but it could be with new cast members.

Why? Because the cast wants a raise, but producers don’t want to give them one.

The cast members signed contracts for season 2 but lawyers representing the cast sent a letter to CMT and 495 Productions claiming that the contracts weren’t fair, reported TMZ.

The lawyers say that the cast signed extremely unfair contracts without any legal help and want new ones drawn up right away.

It’s becoming a problem because production on season 2 is scheduled to begin shortly and without the new contracts the cast  is refusing to shoot, even though representatives of the show say that that would be a breach of contract.

A source connected with the show said: “It would be a shame for them to walk away from their big break. Fortunately for the viewers, there are plenty of kids in the South.”

Show producer Sally Ann Salsano told NOLA.com that the cast are an important factor behind the highest ratings in the network’s history but also indicated that they could be replaced.

“They’re unapologetically out there living their life,” said Salsano, CEO of 495 Productions.

“They’re not pretending. It’s just who they are. I had the same thing with ‘Jersey Shore,’ where people were judging them. Those were some of the nicest kids I met my entire life, and I feel the same way about these kids.

“If you put a camera in any one of our houses when we were that age, chances are they could’ve made a show about us that was fairly similar.

“I’m not saying (the show should be called) ‘This is Murrells Inlet,’ but I’m definitely saying we were not the only people down there like this.”

She added: “Casting is everything. When I work with a network – like on ‘Jersey Shore’ — I’m sure I come off like a lunatic. I’m always like, ‘You know, (I) have this feeling (about a potential cast member).’ There’s something about how we pick the people here that is different.