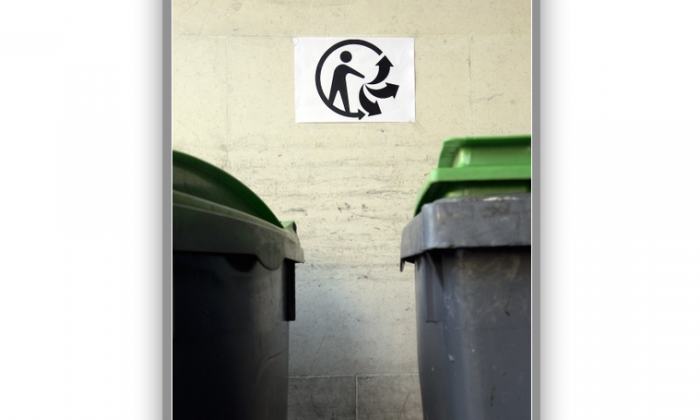 From January 2015 on, most Parisian recyclable products will hold the label «Triman» to increase the awareness of consumers and encourage recycling habits. (Alain Jocard/AFP/Getty Images)
Europe

Paris, When Will You Be Ready for Circular Economy?

PARIS—Early summer in Paris has been marked with forums on circular economy. This kind of economy is inspired by the work of natural ecosystems (the cycle of water, trees, etc.). It aims to reduce the impact of our consumption on the environment by creating a circular system (similar to eco-conception, repairing, reutilization, recycling) while maintaining the consumer’s satisfaction.

The Agency for Environment and Energy Mastery (ADEME) was the first body to bring up the subject by organizing the “Foundations for circular economy” on June 17. On its website, the agency introduces the significance of circular economy: “The present logic of our market economy is essentially based on a linear model of consumption of natural resources: extracting, producing, mass consuming and throwing away.”  This linear ‘take, make, dispose’ model relies on large quantities of easily accessible resources and energy, and as such is increasingly unfit for the reality in which it operates.

Despite efforts made to reduce the environmental impact and to develop recycling habits, studies over the last ten years are unanimous: this model is not sustainable in the long run with the prospect of global population growth (especially the middle class), of urbanization, and the consequent growing shortage of resources.

It’s in that perspective that this forum was organized by ADEME together with the Circular Economy Institute. The goal was to initiate participants into the practices of responsible consumption, while discovering the industries, associations, and authorities involved, in order to anticipate a process for changing our consumption habits.

On June 21, Mrs. Anne Hidalgo, mayor of Paris, launched a consultation round in preparation for the meeting “General states of circular economy in Greater Paris” that should be held during the first semester of 2015. Mrs. Hidalgo clarified: “The meeting will be held at the scale of Greater Paris because the city of Paris wishes to open a large coordination that would gather all the people in society, in order to define the goals and means allowing the complete reshaping of our habits to produce, consume, and use.” The ultimate objective is to settle a form of economy with the least impact on our direct or indirect environment.

In this trend, the international community C2C (Cradle to Cradle, an economic, industrial, and social framework that seeks to create systems that are not only efficient but also essentially waste free) organized the first Café on circular economy in Paris on June 25. Their goal was to present their actions as well as the industries that offer services or products with a C2C certification: non-toxic, reusable, renewable energy, water friendly, and with respect for social rules.

The first festival dedicated to the circular economy was held in Café La Bellevilloise in 20th district of Paris on June 28 and 29, organized by the association “Les amis du Vent” (Friends of the Wind). Carina Orru, chairwoman of the association, explained the importance of this event: “The principle of circular economy is to get out of the throwaway economy and to get into a sustainable economy that respects the environment. This involves for instance thinking about how to produce objects in a sustainable way.”

Repaired toys, reused cardboard boxes, plastic made from seeweed … The products of circular economy did not miss that meeting.