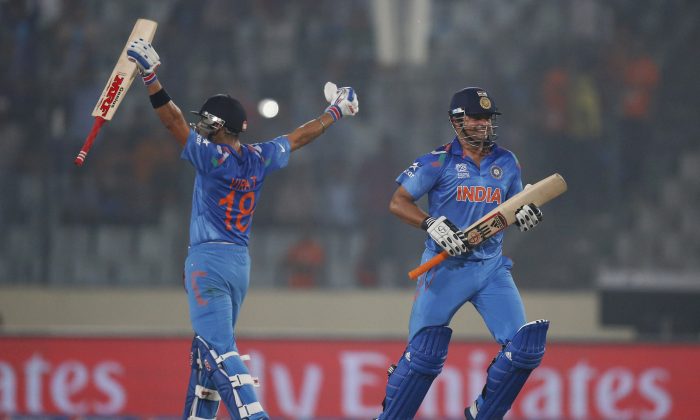 India beat Pakistan by seven wickets in the Friday T20 World Cup cricket match to keep its unbeaten record against the rivals in World Cups intact.

They also got revenge after losing to Pakistan by one wicket in the Asia Cup less than three weeks ago.

People around the world were watching the fierce rivalry.

Amit Mishra led the way for India. He received Man of the Match designation.

It was the opening match for the second phase of the tournament, the Super 10.

This tournament is packed with heavyweights and India and Pakistan will face tough contests in every match. After this one, Pakistan faces Australia on March 23 while India faces West Indies later that day.