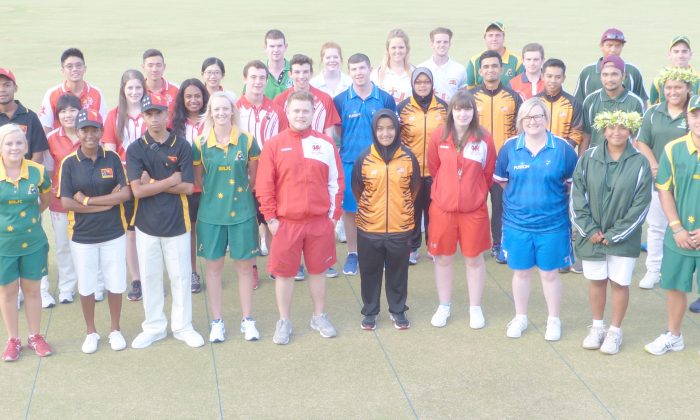 The Hong Kong youngsters saw the massive gap between themselves and bowlers from other part of the world after another disastrous set of results at the World Youth Championships.

This is the third incarnation of the only under-age competition conducted by World Bowls, having started out as the World Junior Cup in 2005 then changing to the World Junior Championships in 2013.  The decision taken last year to rebrand the annual competition as a ‘youth’ event was welcomed by all sectors, especially the players, who regarded ‘junior’ as unsuitable, considering there were husbands and wives, even some mothers and fathers, competing within the age group.

Open to young bowlers between the ages of 18 to 24, the event is an annual championship that features men’s and women’s singles and mixed pairs competitions. This year it was hosted at Broadbeach Bowls and Community Club in Queensland, Australia, from April 9-15 and attracted 42 players from 14 bowling nations to attend.

Hong Kong was represented by a brand-new squad of James Po, Martin Sham, Angel So and Joey Luk to have their first taste of the competition.

They all faced strong challenges during the roundrobin stage and were miles away from qualifying from the first day onward.

In the men’s section one, Martin Shum opened his account with a win against Rob Law from Canada but lost the successive four matches. In the last five games he tasted victories against Carlos Tigere (Botswana), John Fleming (Scotland) and Lawrence Paniani (Cook Islands). He took 12 points and finished seventh in a group of 11.

In section 2, Po started with four straight defeats before winning the following two games against Lucas Caldwell (Canada) and Taiki Paniani (Cook Islands).  He also defeated Kenneth Ikirima of Papua New Guinea towards the end of the competition and finished eighth in a group of 10.

For the girls, Joey Luk only won two of the 10 games she played and finished second from bottom of the group.  Angel So performed slightly better with three wins and finished seventh in the group of 10.

In the mixed pairs, both the Luk/Sham and So/Po combinations finished second from bottom of their respective groups with the former team winning two games and the latter group winning one and drawing another.

The men’s title was lifted by Welshman Daniel Salmon and the ladies title collected by Canadian Pricilla Westlake who defeated the defending champion Ellen Ryan (Australia) in the final.  The mixed pairs was won by the combination of Connie Rixon (Malta) and Billy Johnson (Australia).

This Week in Lawn Bowls