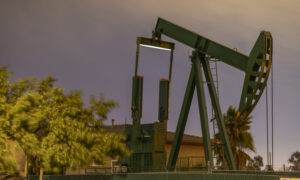 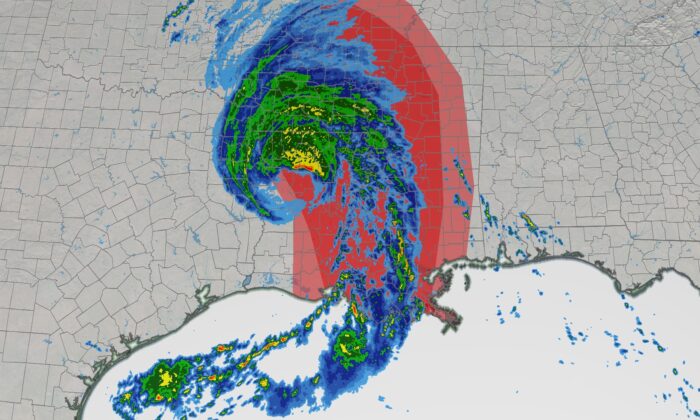 New York City, Newark, and Hartford, Connecticut, are under a level 3 of 5 severe risk Thursday.

The peak timeline for these storms will be late afternoon through the evening hours.

“Widely scattered to scattered thunderstorms are forecast to develop by late afternoon over the northern High Plains,” the SPC highlights. In this area, conditions will be favorable for damaging winds and hail. In some cases, that hail could potentially exceed the size of golf balls or even pool balls.

Hurricane Laura is also producing a separate threat for severe storms across the Southeast. Damaging winds and flooding remain the most widespread concern, but tornadoes are also a threat.

A tornado watch has been issued for Louisiana, Arkansas, and Mississippi until 4 p.m. Central (5 p.m. EDT). Additional counties may need to be added as the threat shifts.

Tornadoes are more common with tropical systems making landfall in the Gulf of Mexico compared to storms in the Atlantic.

Laura produced two tornado reports Wednesday, but a larger number is possible Thursday. This is because the threat of tornadoes is not limited to the coastline or to the day of landfall. Often, the day after landfall can produce more tornadoes than on the landfall day itself, and they can occur hundreds of miles inland.

The severe threat does not end Thursday. It in fact continues into the weekend as the storm systems shift eastward.

We’re still talking two separate systems, with Laura impacting Tennessee, Mississippi, Alabama, and Kentucky; in addition, another area of severe storms will exist along a quasi-stationary front from the Midwest into the Great Lakes region Friday.

By Saturday, the main threats exist along the Atlantic coast from the Carolinas through New Jersey as the remnants of Laura accelerate into the Mid-Atlantic. Damaging winds will be the greatest concern in this region, while the tornado threat will be greatest in North Carolina and Virginia.