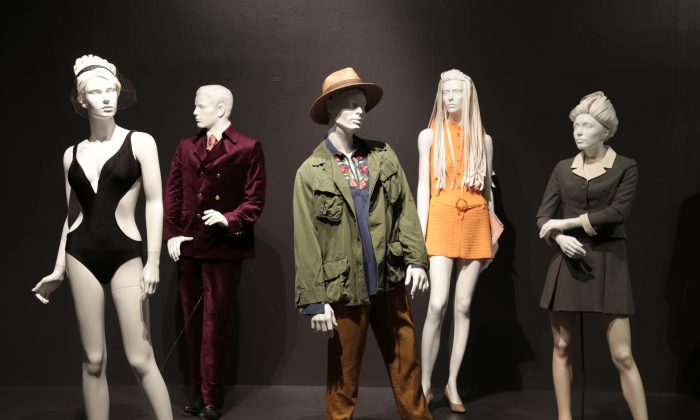 What they all want in Tinseltown
By Lina Broydo
biggersmaller
Print

He is polished and buffed, and surprisingly, not dressed in any of the currently fashionable shades of gray. It’s not George Clooney, Brad Pitt or Daniel Craig. He appears unabashedly in the nude and appeals to the hundreds that are dressed to a tee. Under his spell, they will jump out of their Dolby Theater’s comfy chairs, run up those treacherous stairs and try to give the performance of a lifetime. There will be tears, witty asides and unwitting faux pas at the end of which the naked man will be whisked away to a very prominent mantel piece in the palatial home of a star.

Yes, Oscar, the most recognized trophy in the world since 1929, will be presented again on February 22, during the 87th Academy of Motion Picture Arts and Science Awards ceremony at the Dolby Theatre at Hollywood & Highland Center.

In my research on the Oscar statuette’s facts I learned that the 24-karat gold plated statuette, designed in 1928 by Cedric Gibbons, an MGM Studio’s art director, and sculpted by George Stanley, is thirteen and a half inches in height and weights eight and a half pounds.

Perhaps Oscar is in need of a make-over.

Interestingly enough I noticed that the Oscar statuette of the knight holding a crusader’s sword is standing on a reel of the film with inscription which signifies only five original branches of the Academy: actors, directors, producers, technicians and writers. There is no mention of costume designers. What film would be complete without costumes? Perhaps Oscar is in need of a make-over.

But no Oscar ceremony would be complete without the award for the best in costume design.

This year, there are five Oscar-nominated costume designers who reflect the culture and the historic era depicted in each of the movies they worked on.

Canonero is one of the most honored costume designers in the history of the Academy Awards. Her long career includes collaborations with numerous celebrated directors and movies stars. This is her ninth Academy Award nomination and she has won Oscars for three films: Barry Lyndon (1975), Chariots of Fire (1981), and Marie Antoinette (2006).

This is Mark Bridges second Academy Award nomination. Bridges won his first Academy Award in 2012 for the award winning movie The Artist (2011. Challenged by dressing very realistic characters in the Inherent Vice movie prompted Bridges to a detailed research of what the early ’70s really looked like and try to capture the authentic apparel of this particular era.

This is fourth Academy Award nomination for Durran. She has previously won an Oscar for Anna Karenina (2012). The designs of her costumes for Mr. Turner are completely based on the characters and the actors. She prefers not designing costumes for a story; she designs costumes for a character. The image of the design is often a result of reading the script and deciding of what this character will wear.

Colleen Atwood for ‘Into the Woods’

This is eleventh Academy Award nomination for Colleen Atwood. The native of Yakima, Washington, Atwood was previously nominated for more than a dozen movies and has won three Oscars for: Alice In Wonderland (2010), Memoirs of a Geisha (2005) and Chicago (2002).

Anna B. Sheppard for ‘Maleficent’

This is the third Academy Award nomination for Ms. Sheppard. She is known for her work on the award winning movies The Pianist (2002), Shindler’s List (1993) and Inglorious Bastards (2009). Sheppard was born in Warsaw, Poland and now lives in London.

My choice for this year’s Oscar award for excellence in costumes design is Milena Canonero for Grand Budapest Hotel. But you be the judge.

Just in case you miss the ABC TV live broadcast of the Oscars on February 22, you can get very close to over 100 outstanding costume designs from 23 award winning films which are featured in the annual “Art of Motion Picture Costume Design” exhibition at Fashion Institute of Design and Merchandising museum in downtown Los Angeles. For more information, visit www.fidmmuseum.org

Cheers and see you at the movies.