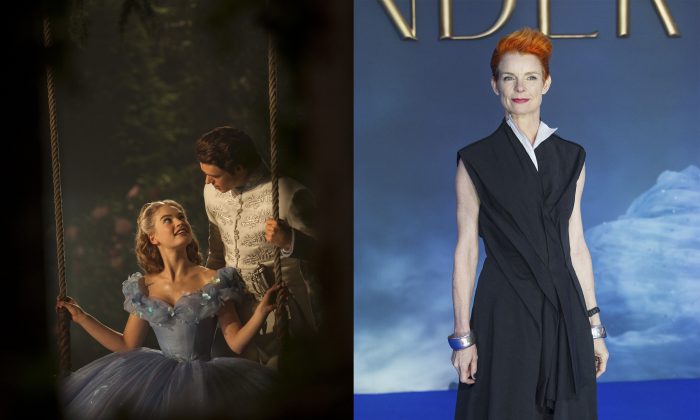 And the 2016 Oscar for the Best Costumes Goes To…

But there is one and only one Oscar everyone in the film industry desires, hopes, and strives for.  They all dream of the gold Oscar, the shiny, buffed, and polished 24-karat gold-plated statuette, originally designed in 1928 by Cedric Gibbons, an MGM Studio’s art director, and sculpted by George Stanley.

The 13 1/2 inches in height and 8 1/2 pounds in weight trophy will be presented on Feb. 28 at the world’s most glamorous event—the 88th Annual Academy Awards, better known  as the Oscars. The glitzy awards show honors the outstanding movie-making achievements by bestowing the Oscar, the coveted and the most recognized award since 1929, at the posh Dolby Theater at Hollywood & Highland Center in Hollywood.

As the voting members of the Academy of Motion Picture Arts and Science ponder over making the perfect selection out of this year’s 57 Oscar-nominated films, let’s review the five Oscar-nominated films for one of my favorite categorie: the Best in Costume Design, and the five costume designers who reflect and depict the historic era,or the film director’s fantasy journey, in each of the movies they worked on.

This is the 12th Academy Award nomination for Sandy Powell, who has three previous wins. Her pervious Oscars were awarded for “Shakespeare in Love” (1998), “The Aviator” (2004), and “The Young Victoria” (2009).  The London native is a double Oscar nominee this year for both “Carol” and “Cinderella.” Commenting in People magazine’s February issue on “Carol” designs, the talented queen of screen styles said actors Blanchett and Mara make “the clothes come to life.” For 1950-chic for Cate’s wealthy “Carol” character Powell looked at Vogue’s 1952 society pages.

This is a true splendor in the glass slipper tale. The Disney animated “Cinderella” of the played an inspirational role in Lily James’s Cinderella gown, with lots of elements echoing the classic, through Powell says she was not aware at the time. as lots of little elements echoed the 1950 Disney classic. “”It was fun to not have to adhere to a rulebook of what is correct for the period,” she says. “You could really let your imagination run wild, which was great.”

This is Delgado’s second nomination for the Academy Award. Previously, he was nominated for his costumes for the “Les Miserables” (2013). “We tried to find a lot of fabrics that were real fabrics for the period, in antique shops and in markets, and we also bought antique dresses that we used just for the fabric,” Delgado, a native of Spain, told TheWrap. “We recycled those dresses to use them as fabrics to re-cut new dresses for Eddie.”

The British are coming again. The London native, Jenny Beavan, is a ten-time Oscar nominee, and winner for “A Room with a View.” Her outrageous costumes, or shall I say, costume constructions, have got her yet another Oscar nomination for “Mad Max: Fury Road.” The current global appeal of the high-tech, reconstructive costume look admired by the younger generation of movie goers is definitely expressed and vivid in this movie. But to my taste, this works best for the James Bond gadgets in his sporty car. I still prefer to see the costume designs which reflect the life on earth, rather than on the off-the-wall characters of a far-away space or unimaginable stratosphere.

A winner of numerous international awards, Ms. West has been previously nominated for the Academy Award for the best costume designs in the movies “The Curious Case of Benjamin Button” (2008) starring Brad Pitt, and “Quills” (2000). Must have been extremely challenging for Ms. West to make one of the handsomest and debonair movie stars look like a scary, disheveled bum who is attacked by a bear. Could it be that the bear did not like Leo’s attire?

Since I gravitate and dare to predict that Sandy Powell will hug, kiss, and walk away with the 2016 Oscar statuette for the Best Costume Design for movie “Carol,”I want to share with my readers a more sophisticated analysis by Darren Franich, the brilliant senior writer at Entertainment Weekly, whom I recently met and chatted with at the Rotary Club meeting in San Jose, California.

I was interested to hear his philosophy on this year’s costume awards recognition and possible prediction: “Costume designer Sandy Powell is the obvious front-runner in the race. She’s twice-nominated this year, for ‘Cinderella’ and for ‘Carol’–and she’s won the award three times before! But I sense a lot of love for ‘Mad Max: Fury Road’ in the technical categories. Since ‘Fury Road’ is practically dialogue-free, characters’ clothes need to express more of their personality: Immortan Joe’s grotesque face mask, Furiosa’s nomadic battle gear. It’s certainly the most costume design in any movie this year.”

P.S., I will be watching this year’s Oscars on my den’s couch wearing my glamorous sweats designed by nobody you or I know…  and sipping champagne with a Chocolate Oscar for dessert. With the ceremony lasting over three hours, I should be very sweet and cheers-ed… Watch the Oscars live on ABC TV on Feb. 28 at 7 p.m. ET.

And it’s not too late for you to order your own $4 Chocolate Oscar.