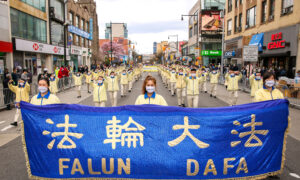 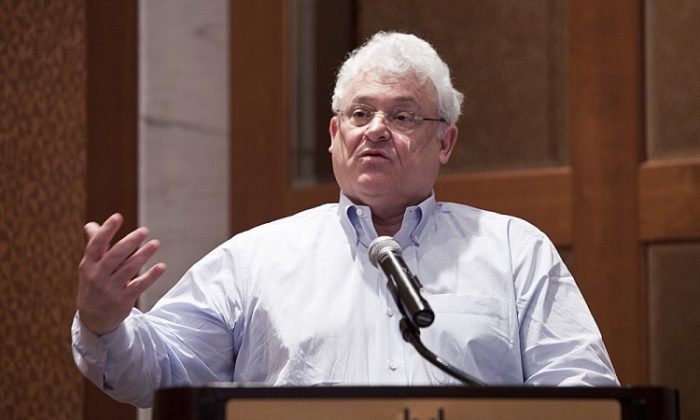 Organ Trafficking, A New Crime of the 21st Century

NEW YORK—Organ transplant medicine is an incredible life-saving technology, under the right circumstances. Unfortunately, due to a shortage of available organs, a new crime of the 21st century, organ trafficking, is supplying organs to people with the money to pay big dollars for a new life.

Organ trafficking involves the harvesting and sale of organs from unwilling donors or donors who sell their organs in ethically questionable circumstances. It is happening in many places throughout the world, but especially in China.

The scene of the crime requires a donor, a skilled doctor, and an operating theater. Often a recipient is also nearby, since organs do not survive long outside the body.

Carrying out the crime is tempting for criminal elements because it is highly lucrative, and the demand is so compelling. Usually, recipients are not told where the organ comes from, and surgeons who perform the transplants may also be in the dark about the source.

Organ trafficking violates fundamental human rights, but the issues stay under the radar, and the police and other authorities who are in a position to act are not taking the issue seriously, said Ashok Vaseashta, director of the Institute for Advanced Sciences Convergence USA and a contractor for the U.S. State Department.

It can happen in a variety of ways, according to Debra Budiani-Saberi, a medical anthropologist who has been studying organ trafficking since 1999. Individuals in vulnerable situations, such as refugees, may be forced into indebtedness and then offered an “opportunity” to “donate” an organ to repay the debt.

Other donors may be offered payment for organs, an exploitative practice that is banned in almost every country in the world due to obvious ethics concerns and the potential for abuse, Budiani-Saberi said.

In China, a global hotspot for organ transplantations and transplant tourism, organs are obtained from its prison and labor camp systems. Donors include convicted criminals, as well as political dissidents, Tibetans, and practitioners of the Falun Gong spiritual practice, according to Arthur Caplan, professor and head of the Division of Bioethics at NYU Langone Medical Center.

The Chinese regime claims that its source of organs comes from executed prisoners, but the numbers do not add up. According to data compiled in 2006 by Bloody Harvest authors David Matas and David Kilgour, in the years 2000-2005 there were 41,500 organ transplants for whom Falun Gong practitioners were the most likely source. The Chinese regime began persecuting and detaining Falun Gong adherents in 1999.

Bloody Harvest is an investigative account of China’s state-sanctioned practice of organ trafficking, which kills its donors in the process. Wealthy Chinese or people from other countries who go to China for transplants obtain these organs from detainees in China’s vast prison and labor camp systems.

There is no way that you are going to get the numbers of transplants done in China unless you execute someone on demand, Caplan said. “What is happening is that the Chinese are executing on demand to get parts,” he added.

“Bloody Harvest” documents Chinese websites promising kidneys in one week—one is even assured a replacement organ in case the first attempt at a transplant fails. In most other countries with strict laws governing organ transplants, wait times are typically longer than a year.

Chinese military doctors have access to huge living organ banks housed in the country’s vast labor camps and prison systems, and they have figured out how to profit from it, according to Bloody Harvest.

Falun Gong practitioners who have survived the prison or labor camp systems have reported receiving blood tests and physical examinations while detained, according to case studies documented by the report’s authors. Blood tests are essential for successful matching of organ donors with recipients.

One organ recipient who met with Matas and Kilgour recounted two separate trips to a Chinese military hospital in Shanghai where he was presented with eight kidneys before a match could be found. The man recounted that the military doctor, Mr. Tan, had a clipboard with a list that he would check before returning with new kidneys after a period of two to three hours.

Organs are valuable because they are scarce, and this makes the illicit harvesting of organs extremely lucrative. It is not uncommon for recipients to pay $200,000 for a kidney. In 2005 the China International Transplantation Network Assistance Centre Website listed the price for a kidney at $62,000, a liver at $98,000–$130,000, and a lung at $150,000–$170,000. Much information on prices and wait times was taken down from transplantation center websites in China after allegations of massive illegal organ harvesting in China were made public in 2006.

An estimated $50 billion is collected annually by organ traffickers around the world, according to Vaseashta. The number is based on a composite of data extrapolated from various signals, such as phone chatter and email communication. Because the crimes are illicit, collecting data is a challenge, but still necessary, Vaseashta explained.

“It is finance driven, and the financial connection facilitates the trade,” said Vaseashta, who joined Budiani-Saberi, Caplan, and other distinguished researchers on a panel in New York on Feb. 14, titled, “Crimes of the 21st Century: Organ Trafficking, Global Health and Security.” The panel was sponsored by the Global Bioethics Initiative, a non-profit that works to improve the quality of life for vulnerable populations globally.

Caplan said part of the solution to the problem in China is to put pressure on the Chinese to comply with international norms for ethical organ transplantation. He added that the U.S. State Department could do more because China is sensitive to pressure because it wants to enter into the international community.

The Chinese need to understand that “they need to get on board with minimum standards,” he said.