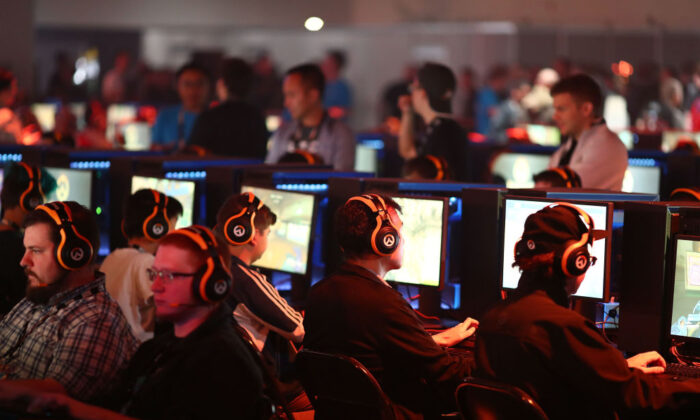 Evan Baltierra, 29, of Trabuco Canyon, Calif., was accused of stalking, a crime that carries a maximum sentence of five years in federal prison.

According to his July 11 plea agreement, Baltierra met the victim, a prominent gamer of “World of Warcraft,” at a gaming convention in Anaheim in November 2019. After that, he asked to meet the victim in her hometown in Canada and was rejected by her.

After the victim blocked him on various social media, he created hundreds of accounts to send her threatening messages beginning in June 2020.

One message sent via Twitter in January 2021 read in part, “[t]imes ticking … waiting for the right opportunity,” according to the U.S. Department of Justice.

In October 2020, he hired a third party to create photoshopped images of the victim that placed her face onto pornographic images.

In the following five months, he posted these images to multiple pornographic websites and shared image links on various social media. He also sent the images to her friends and family.

The victim subsequently obtained a temporary restraining order against him in January 2021.

However, he began sharing her personal information—including real name and city of residence, which were listed on the protective order—on social media websites and during her video game live streams.

He also posted her Twitter handle to pornographic websites along with the images he had created.

During the victim’s live streams, he used multiple accounts to keep posting harassing messages. Eventually, his spamming reportedly forced her to stop streaming the next month.

In June 2021, two months after he agreed to not contact the victim or her family and friends as a part of a settlement—in exchange for her dissolving the protective order—he called her local police department to request a welfare check on her by falsely alleging that she threatened to commit suicide in an online forum.

He also attempted to obtain her home address during the call, after which time police visited her for a welfare check.

From January to March, he again sent threatening messages to her via various social media accounts, including one that read, “get a casket ready.”

In March, he was also accused of writing a letter to her boyfriend’s parents, which stated, in part, that the situation was going to end “badly” for her.

He also admitted to sending her an unsolicited, “suspicious” package that allegedly contained a box of condoms that same month.

His sentencing will take place Oct. 20.